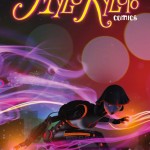 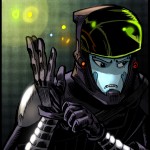 Having entered the charts at Number One in 34 countries and sold more than six million copies, the story behind Coldplay’s Mylo Xyloto album is now set to be revealed, with the release of the first of a six-part comic series at this week’s San Diego Comic-Con International.

The story of Mylo Xyloto was conceived and written by Coldplay alongside Academy Award-nominated writer and director Mark Osborne (Kung Fu Panda, MORE, The SpongeBob SquarePants Movie), and the comics will be published by Matt Groening’s celebrated Bongo Comics Group.

Said Coldplay on Coldplay.com:  “Three years ago we had an idea with our friend Mark Osborne about a character called Mylo Xyloto – “xylo” as in xylophone, “to” as in toe. Gradually Mylo’s story and universe came together and this ended up providing the backdrop for the album and tour. Now we’re proud to announce that early next year the story is going to come out as a six-part comic. We hope you like it. It was fun making it.”

Said Mark Osborne: “The comic is the latest expression of a music-driven feature animated film that the band and I started developing several years ago. It is the story of Mylo Xyloto, a young Silencer on the front lines of a war against sound and color in the world of Silencia. Mylo discovers that the enemy he’s been trained to hate his whole life might not be the enemy after all. There will hopefully be many, many connections for people who have heard the album. I am beyond thrilled with the way it’s turned out.”

The first issue of Mylo Xyloto will be available, with an exclusive variant cover, at the 2012 San Diego Comic-Con International (12-15 July) at the San Diego Convention Center. On Friday, 13 July, the production team behind the comic will appear at a panel to discuss the series and afterwards will be available for autographs in the official signing area. A limited supply of the exclusive edition of issue one will also be made available via the Coldplay.com Shop.

The six-part comic will then be released monthly from February 2013. The series will be available to pre-order via the Coldplay.com Shop soon.
For more information (including hi-res images, longer statement from the band and full Q&A with Mark Osborne), please see Coldplay.com.