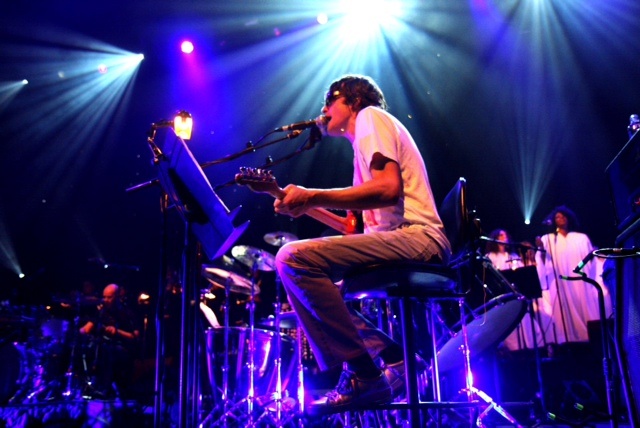 THE COMPUTERS, HOCKEYSMITH, SATURDAY SUN AND A SPECIAL GUEST TO BE ANNOUNCED VERY SOON WILL ALSO PLAY THE MAIN STAGE ON FRIDAY JULY 18

A stellar line up joins Spiritualized on the Friday – forming the third day of world class music at Somersault.

The second band on the bill is Hockeysmith.  They are Annie & Georgie Hockeysmith, two sisters who spent most of the last year living and making music in a caravan on a farm in Falmouth, Cornwall.  Their debut EP, “But Blood” is out this month on May 26th via Double Denim Records.  Another local band complete Friday’s bill – Saturday Sun. Their debut album, Orixé, received great reviews, described by The Guardian as “utterly perfect” and as “Beautifully translucent” by Clash.  Saturday Sun have recently been signed to B-Unique, home to Miles Kane, Jon Newman, Primal Scream, Kodaline and Luke Sital-Singh.

Full mainstage line up as follows:

Communion Music – the label and promotions company founded by Mumford and Sons’ Ben Lovett, Bear’s Den’s Kev Jones and producer Ian Grimble, and home to headliner Ben Howard – will host Somersault’s second stage.  Sat beside the river that runs through the Somersault site, it will include a canvas-tented whiskey and ale bar, a dining area serving ribs and smoked meats, a record store and more.   The line up, announced today, includes Marcus Foster, Dan Croll and Bear’s Den headlining Friday, Saturday, Sunday respectively plus a whole host of great acts. Full line up below:

Richie and the Remedy

Despite the impressive three day line up, Somersault is much more than your average music festival. There will be a wide variety of activities on offer for everyone to get involved in. Festival goers will have the chance to learn to surf, kayak, paddle board, attend yoga classes, receive massages, watch theatre and much much more.

Longtable Feasts will form the centre piece of the food offering at Somersault, available at dinner time on Thursday and for lunch and dinner Friday to Sunday (Campfire Feasts will be ticketed separately). The Campfire Feasts will be four courses and provided by a different restaurant each day. Fifteen Cornwall, Nathan Outlaw, Pitt Cue Co. and The Ethicurean will be cooking up a storm on the Somersault campfire each bringing their own unique flavour to North Devon.