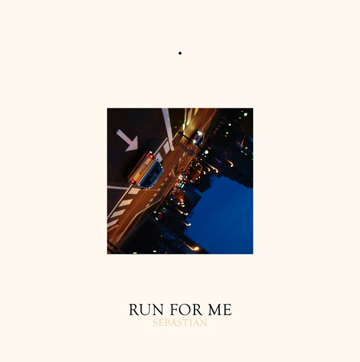 SEBASTIAN WILL RELEASE HIS BRAND NEW ALBUM THIS AUTUMN

LISTEN TO ‘RUN FOR ME’  HERE

WATCH THE VIDEO FOR ‘RUN FOR ME’ HERE

Sebastian has released a brand new single, ‘Run For Me’, featuring acclaimed US R&B singer Gallant. The single – his first in eight years – is out now via Ed Banger Records / Because Music.

The official video for ‘Run For Me’ ft. Gallant, available today, was directed by US photographer and director Todd Tourso, who has previously worked as creative director for artists such as Beyoncé, N.E.R.D., Rihanna and Future.

The triumphant track features deep, romantic melodies all carried by the vocals of Gallant – the Grammy-nominated American R&B singer/songwriter who released his debut album, ‘Ology’, in 2016 to critical acclaim for both his song-writing and vocals.

Of the new single, Sebastian says: “We made it in one day, in one take without stopping. The melody evolved wherever it seemed to want to go all by itself. I tracked Gallant down for the vocals because he shared the same emotions as the song and I wasn’t disappointed. The song really came into its own when the vocals were laid down on the track.”

Of the video, Todd says: “When I first heard the song I was just struck by how cinematic it felt. I wanted to create something that felt like an epic tragic love story, but the post-communist version, completely stripped of context. Sebastian and I were speaking over FaceTime, and we decided to use this singular idea of a car ride to take you on the complete emotional arc of a broken relationship. We shot in Belgrade and it was one of those special shoots that just felt like summer camp.”

Parisian producer, DJ, musician and artist Sebastian (real name Sebastian Akchoté) has been releasing pioneering and acclaimed music via label Ed Banger Records for years. He has produced for artists such as Frank Ocean, Kavinsky, Charlotte Gainsbourg and more, and remixed the likes of Daft Punk, Kelis and Rage Against The Machine. These remixes garnered the attention of the wider music world, leading to him releasing several EPs (‘H.A.L’, ‘Smoking Kills’, ‘Ross Ross Ross’, ‘Motor’), before his debut album ‘TOTAL’ in 2011. The record featured his signature eclectic combination of sounds; fearlessly combining influences of aggressive techno, electro and house, with funk, soul, pop and classical elements, to create something wholly new and a sound unique to Sebastian.

Outside of traditional music record releases, Sebastian is also heavily involved in (and respected by) the worlds of film, arts and fashion. He has co-produced several film soundtracks, such as Quentin Dupieux’s ‘Steak’ (2007) – in which he also had a leading role – Romain Gavras’ ‘Our Day Will Come’ (2010), and ‘The World is Yours’ (2018).

He also recently began a long-lasting collaboration with world-renowned fashion house Saint Laurent and the luxury label’s creative director Anthony Vaccarello, producing for most of their catwalk shows as well as the visceral visual for ‘Thirst’, released by Sebastian last week and directed by Gaspar Noe.

Sebastian will be performing live this year at select dates, with more to follow. Announced schedule so far is as follows:

Sebastian’s single ‘Run For Me’ featuring Gallant is out now via Ed Banger Records / Because Music.