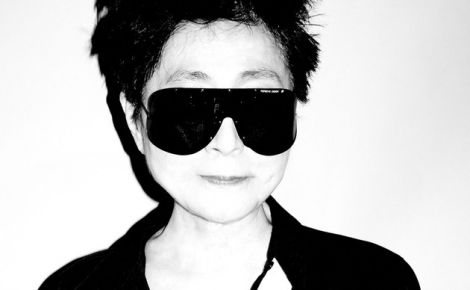 Yoko Ono confirms the first of her line-up as curator of  Meltdown 2013, the 20th anniversary of the festival

The Observer is Media Partner of Meltdown 2013

For 20 years Southbank Centre’s Meltdown Festival has opened up the world of one legendary artist through unmissable events and unique collaborations. In June 2013, audiences get the chance to engage with worldwide cultural icon Yoko Ono, bringing a lifetime of achievement in music, visual arts and activism to the festival site in London, coinciding with her 80th birthday.

This year’s festival includes the long awaited first performance in 5 years by the incredible Siouxsie, electronic musician and performance artist Peaches, musical comedy genius Reggie Watts, an evening of music and words with Patti Smith, Kim Gordon’s Body/Head, a performance by the legendary Iggy and the Stooges with support from Savages, the first performance of the entire Double Fantasy album, the last album Ono made with John Lennon, inspirational New York Hip Hop artist Immortal Technique, legendary singer Marianne Faithfull with leading Jazz guitarist Bill Frisell and a Silent Disco on the festival terrace. Yoko Ono’s Meltdown is part of Southbank Centre’s Festival of Neighbourhood with MasterCard, which runs from 4 May to 8 September 2013. More artists and a series of talks and lectures will be announced soon.

In curating the festival in its 20th anniversary year, the iconic musician and artist follows in the footsteps of some of music’s biggest names, including David Bowie, Patti Smith, Scott Walker, Jarvis Cocker, Massive Attack and Antony.

Performing from her unique musical catalogue spanning past decades to the present, Yoko Ono opens this year’s Meltdown on 14 June from the Royal Festival Hall with her YOKO ONO PLASTIC ONO BAND. At the same time reflecting her cross-genre dedication to the arts, the opening night will launch an extensive film programme at the BFI, curated by the artist herself, including rare films by Yoko and John. Also at the BFI, Eisenstein’s classic film, Battleship Potemkin, will be screened for the first time with the recorded Pet Shop Boys/Dresdner Sinfoniker soundtrack written by Neil Tennant and Chris Lowe. The soundtrack was originally performed live in Trafalgar Square in 2004; this is the first time the film and soundtrack will be presented in a cinema setting.

Internationally acclaimed performer and provocateur Peaches will take to the stage during the festival in a variety of roles. A corner- stone of her London presence for Meltdown will be her performance of Ono’s seminal Cut Piece, on 16 June. A ground-breaking statement in performance art, the piece sees the protagonist being cut from their clothes by members of the audience.

Yoko Ono’s strong involvement and inspirational role in international activism and political debate will bring two event-packed weekends to Meltdown. While the opening Activism weekend (15-16 June) will attract contributions by some the most influential campaigners of our times, the closing Future Weekend (22-23 June) is set to be an extraordinary opportunity to encounter, evaluate and debate some of the intellectual challenges societies face world-wide in today’s and tomorrow’s political decision making.

As part of Meltdown, Yoko Ono will also handpick an unsigned artist or band to perform a show at the festival at a special Meltdown Future Sounds slot. A longstanding supporter of young artists, Ono is delighted to offer a platform to help launch a new career. Applications will open online via Sonic Bids on 9 April.

Meltdown is renowned for delivering unmissable events that have gone down in history. Great Meltdown moments range from David Bowie performing Low in 2002, Patti Smith with Horses in 2005, Motorhead opening Jarvis Cocker’s Meltdown in the newly refurbished Royal Festival Hall, to Nick Cave’s Night of Great Australians and Massive Attack’s take on Bladerunner with the Heritage Orchestra.

This year, the first public performance in 5 years by Siouxsie on 15 June will be followed by a much anticipated Southbank Centre debut of New York based Peruvian Hip Hop artist Immortal Technique, who’s punchy beats and sharp tongued lyrics deliver clear political messages. Reflecting Yoko’s love for the dance floor, Southbank Centre will play host to a Silent Disco, bringing the audience to dance outdoors by the river. With nine No 1 hits on the Billboard dance charts under her belt, the most recent one in her 80th year, an amazing DJ line up for Meltdown will be announced soon.

Double Fantasy, the last music written by Yoko Ono and John Lennon in 1980, and released only three weeks before Lennon’s death, will be performed for the first time ever, including a host of very special guests, for the closing night of this year’s Meltdown at Southbank Centre on 23 June.

Rock icons Iggy and The Stooges are set to bring the house down when taking over the Royal Festival Hall on 20 June together with fast-rising Savages. Japan infused New York formation Cibo Matto including Sean Lennon on 15 June will be followed by Reggie Watts and Mac Lethal on 18 June at the Royal Festival Hall, with Manhattan wunderkind Amadeus Leopold, formerly known as Hahn-Bin at the Queen Elizabeth Hall the same night. Thurston Moore is assembling an extraordinary improvisation set for the Purcell Room on 19 June.

Kim Gordon’s Body/Head, featuring improviser, composer and performer Ikue Mori, will represent the unique spirit of Meltdown on 20 June, at the Queen Elizabeth Hall, with the support of Mystical Weapons. An equally rare chance to experience the elaborate electronic and intellectual adventures of famed Alva Noto and Ryuichi Sakamoto are on the cards with “S” Tour 2013 on 19 June. Noise Pop leaders Deerhoof are arriving from California at Southbank Centre on 21 June for even further experimentation.

Previous Meltdown director iconic Patti Smith is returning to Southbank Centre for an Evening of Music and Words on 21 June, and legendary singer Marianne Faithfull will take to the stage on 22 June with leading Jazz guitarist Bill Frisell.

Yoko has invited Boy George for a very special appearance at this year’s Meltdown, at the QEH on 23 June and further concerts, talks, events and surprise guests are to be announced soon.

Yoko Ono, 20th Director of Southbank Centre’s Meltdown festival, said: “It’s not only a great honour to curate Meltdown in its 20th year, it’s also a lot of fun to be able to invite many of my favourite performers, activists and favourite collaborators to join me”.

Jude Kelly, Artistic Director at Southbank Centre, said: ”Yoko Ono is a fascinating artist, as are the collaborators she is bringing from all over the world. She’s an energetic and inspiring peace and environmental activist and a champion for women’s rights. It’s a privilege to have her curating Meltdown’s 20th anniversary”.

Jane Beese, Head of Contemporary Music at Southbank Centre, said: “Working with Yoko is one of the most amazing experiences. Her generous and abundant creativity and desire for collaboration continues to inspire this brilliant programme for our 20th Meltdown Festival..”

Southbank Centre is the UK’s largest arts centre, occupying a 21-acre site that sits in the midst of London’s most vibrant cultural quarter on the South Bank of the Thames. The site has an extraordinary creative and architectural history stretching back to the 1951 Festival of Britain. Southbank Centre is home to the Royal Festival Hall, Queen Elizabeth Hall, Purcell Room and the Hayward Gallery as well as The Saison Poetry Library and the Arts Council Collection. For further information please visit www.southbankcentre.co.uk <http://www.southbankcentre.co.uk>

Yoko Ono is an award-winning multi-media artist and peace activist, who constantly challenges and stretches the traditional boundaries of sculpture, painting, theater and music.  Her seminal performance art in the early 1960s, experimental films and collaborative music with John Lennon in the 1970s and international one-woman shows and retrospectives during the 1980s, 1990s and 2000s illustrate her varied career.

Some of Yoko Ono’s achievements include:

Yoko Ono is well known for her peace initiatives both by herself and, later, with events created  with   her husband John Lennon –  Bed-In for Peace and War Is Over! (If You Want It). She is now widely known for her more recent events with her IMAGINE PEACE TOWER in Iceland and participatory Wish Trees throughout the world.

Reflecting on her reputation for being outrageous, Yoko smiles and says, “I do have to rely on my own judgement.  I have my own rhythm and my own timing, and that’s simply how it is.”