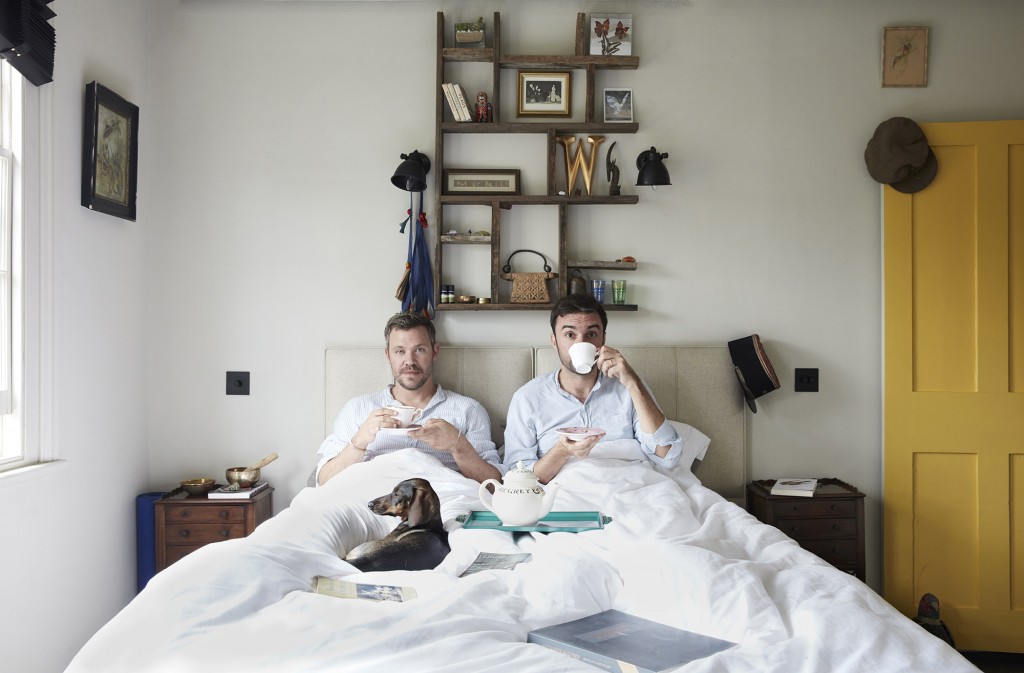 “TWO GAY GUYS TALKING TO PEOPLE WE THINK ARE INTERESTING”

Inspired by BBC Radio 4’s ‘Woman’s Hour’, the series includes a series of celebrity guests discussing an eclectic range of LGBTQ+ subjects, topics include the representation of gay people on TV, being LGBTQ+ in the army, the relevance of Pride, living with HIV and much more. Each weekly episode will feature Will and Chris “in the studio” introducing their interview, reflecting on broader LGBTQ+ issues that come up with each guest, responding to listeners who have tweeted the show, and asking listeners via Will’s Twitter for their opinions on their conversations. All this comes with a healthy dose of random chatter about what is going on in their lives or what items they are bidding for on eBay. Each episode is followed by a mini five-minute episode a few days later. Listen to the trailer here.

Episode one of the series, with journalist Owen Jones, where he talks about how he came out, will launch on 25 July to coincide with this month’s 50th anniversary of The Sexual Offences Act 1967, which started the decriminalisation of homosexuality in the UK.

Other episodes include: Nigerian gay rights activist Bisi Alimi talking about the battle against homophobia in Africa; actress Rebecca Root on transgender people in the acting industry; LGBTQ+ activist James Wharton tackling the topic of being gay in the army; American musician John Grant on love and intimacy; and TV screenwriter and producer Russell T Davies discussing the representation of gay people on television.

Will and Chris said: “As ‘Woman’s Hour’ super-fans, we adored the 70th anniversary celebrations late last year – the presenters were looking back at how their programme started and how pioneering it was to show current affairs from a female perspective – this sparked a conversation between us about the LGBTQ+ community and how great it would be to have a similar voice. It was a real lightbulb moment and the idea of ‘Homo Sapiens’ was born! Through recording this podcast, we’ve had a lot of fun, drunk a lot of tea, and learned a huge amount from some of the bravest, most intelligent and fun people who have paved the way for all LGBTQ+ people.”

Will and Chris are longstanding friends having previously worked together when Chris directed the music videos for Will’s singles ‘Come On’ and ‘Hopes and Fears’.

This summer, Will continues his Summer Jazz Sessions with performances at this year’s Latitude Festival in Suffolk (14 July) and Wilderness (5 August). Later this month, he will perform at the I Feel Love concert – part of the BBC’s ‘Gay Britannia’ season – at LGBT50, a week-long arts festival to commemorate the 50th anniversary of The Sexual Offences Act 1967 and Hull’s status as UK City of Culture 2017 (29 July). Other recent projects include a series of Mindfulness talks at Latitude, Wilderness and Soul Circus (19 August), a guest judge appearance on BBC One’s ‘Pitch Battle’, and an upcoming UK tour of the musical ‘Cabaret’, where Will reprises his Olivier Award-nominated role of Emcee (21 September to 9 December). To coincide with this year’s Pride in London, Will was also nominated for the Guardian Pride Power List 2017.

Chris is a feature film and music video director. As well as working with Will, he has previously collaborated on music videos with artists including Robbie Williams, Lily Allen, Lana Del Rey and Sam Smith. Through his film work, Chris supports a variety of LGBTQ+ issues. He is currently working on his debut feature film with producer Ivana MacKinnon (‘Slumdog Millionaire’), which will explore gay arranged marriage, while in conjunction with Two Brothers Pictures (‘The Missing’, ‘Fleabag’), he is developing a short film, ‘TEDDY’, which is adapted from a short story by American writer Christopher Coake. For the third year running, this summer Chris will mentor young minority film-makers through the BFI Film Academy to help minority voices get a kick-start in the film industry.