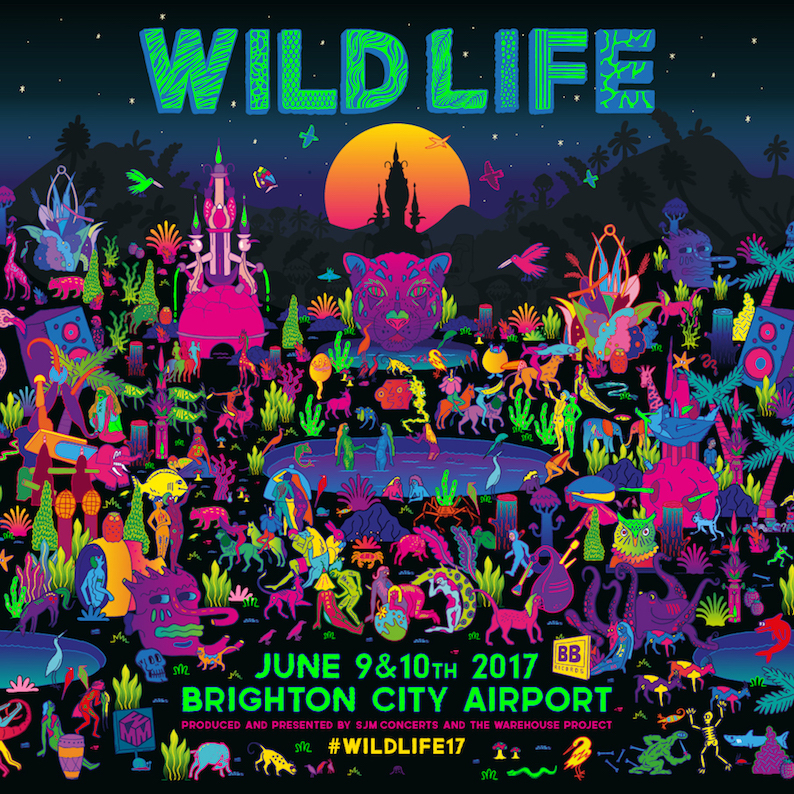 ERIC PRYDZ, WILEY, GEORGE EZRA, RAG’N’BONE MAN AND ELROW PRESENTS SAMBODROMO DE BRASIL WILL ALL TAKE TO THE WILD LIFE STAGE WITH MANY MORE ACTS YET TO BE ANNOUNCED

“The biggest event of its kind in Sussex…If an artist finds themselves booked for WILD LIFE Festival, they can rest assured that the hype is real” – CRACK Magazine

“The good times prevailed in pulsating fashion” – The Argus

Today, 24th January, WILD LIFE Festival, the event started by Disclosure and Rudimental in 2015, announces it will return to Brighton City Airport for its third consecutive year on Friday 9th and Saturday 10th JUNE 2017. First headliners have been announced as FATBOY SLIM and JESS GLYNNE. Also announced to take to the WILD LIFE stages are ERIC PRYDZ, GEORGE EZRA, RAG’N’BONE MAN, and ELROW’S SOMBODROMO DE BRASIL – with much more including secret sets by returning acts and a third headliner still to be revealed. Weekend tickets are on sale this Friday at 10am from www.wildlifefestival.com

Headlining WILD LIFE 2017 is Brighton’s very own, Fatboy Slim. Named by Q Magazine as one of ‘50 Bands to See Before You Die’ and with ten MTV VMAs and two BRIT Awards to date, Fatboy Slim’s live set is not to be missed.

WILD LIFE welcomes the return of Grammy Award-winning Jess Glynne, appearing as headliner on the main stage for the first time at the festival since opening the very first WILD LIFE in 2015. With five UK number one singles to date, Jess Glynne featured on tracks such as Clean Bandit’s ‘Rather Be’ and ‘My Love’ by Route 94 before releasing her triple platinum-selling, number one debut album, ‘I Cry When I Laugh’ in 2015.

Other acts also confirmed to perform at WILD LIFE 2017 include pioneering DJ and producer Eric Prydz, known for his huge hit singles as well as his ground-breaking releases and live shows under the name Pryda.  UK artist and rapper Wiley also joins this year’s WILD LIFE line up. From his pioneering days with UK garage crews such as Pay As You Go Cartel and Roll Deep, to his latest album The Godfather, Wiley has cemented his status as the ‘Godfather of Grime’. The return of four-time BRIT Award nominated George Ezra as well as Sussex-born winner of the 2017 BRITs Critic’s Choice Award Rag’n’Bone Man have both been revealed today.

Also announced today, world-famous elrow will be bringing a new immersive party to this year’s WILD LIFE Festival: Sambodromo De Brasil. The vibrant Brazilian jungle themed party captures the flamboyance, energy and boundless fun of WILD LIFE. World-class DJs, stilt-walking samba dancers and endless confetti will create a kaleidoscopic carnival vibe and even some Amazonian party people bearing gifts like cassava snacks and other Brazilian delicacies: there’s no end to what you might find at elrow at WILD LIFE this year.

“I always try to do something big in Brighton and I’m delighted to be included in this year’s WILD LIFE Festival after watching it grow literally on my doorstep. It’s the only festival I can walk to and hear from my house!”

“There are some very exciting changes this year. Due to an overwhelming response from our post event research and feedback, WILD LIFE is moving to a Friday and Saturday.  With a 1am finish both nights the festival moves into a new sphere that very few events offer, allowing us an increased the number of stages for a broader spectrum of music.

Jess Glynne opened our inaugural festival, so to have her back as one of our headliners is going to be really special. Her career so far has been phenomenal. We are particularly pleased to welcome Fatboy Slim to WILD LIFE who will be playing his first outdoor hometown set since 2015 and will be bringing his world renowned show with him.

We can’t wait to come back this June with a huge variety of artists once again.”