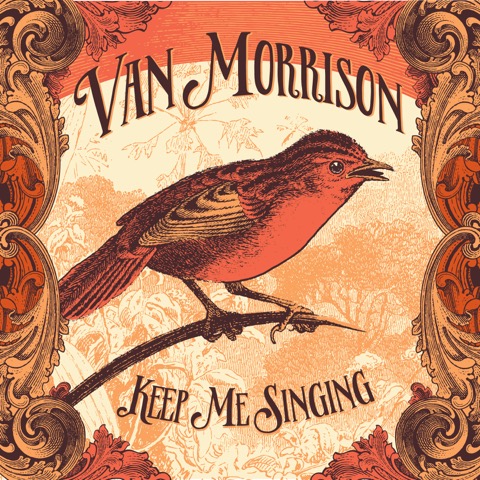 The legendary Van Morrison will release his brand new album ‘Keep Me Singing’ on September 30th through Caroline Records. The album’s lead single, ‘Too Late’, will also be released that day. Van will perform 7 live shows across the UK from October 20th, starting with a headline performance at Bluesfest 2016 at London’s O2.

‘Keep Me Singing’ is Van Morrison’s 36th studio album to date and consists of 13 tracks – 12 original songs written and performed by Morrison, as well as a cover of the blues standard ‘Share Your Love With Me’ – written by Alfred Baggs and Don Robey and previously recorded by artists such as Aretha Franklin and Kenny Rogers. For the track ‘Every Time I See A River’, Morrison has collaborated with acclaimed lyricist Don Black. The album’s closing track, ‘Caledonia Swing’, is an instrumental featuring Van on piano and saxophone. All tracks were produced by Van Morrison. Full album tracklist below.

2. Every Time I See A River

4. Out In The Cold Again

6. The Pen Is Mightier Than The Sword

10. Look Beyond The Hill

11. Going Down To Bangor

Van Morrison has also announced he will play 7 live dates across the UK in October and November, beginning with a headline performance at Bluesfest 2016 at London’s O2 and culminating in a show at Manchester’s O2 Apollo. Full dates of his UK tour below.

Van Morrison’s new album album ‘Keep Me Singing’ is now available for pre-order, with a ticket bundle option also available to order the album and tickets to his UK tour as a package. Tickets and album bundle available here: http://po.st/KeepMeSingingTicket