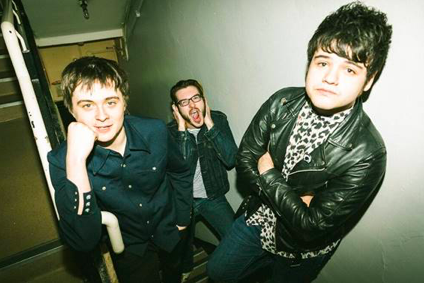 TOUTS have announced their first tour dates for 2019, taking place across the UK and Ireland throughout February and March. Tickets are available from 9am on Friday, January 18 here. Full dates are listed below.

Though only a year in to their journey, the band have already established a reputation for furious live performances – selling out venues in Northern Ireland to armies of teenage fan who share their angst, chanting the choruses of tracks such as debut single Sold Out in decadent unison. This energy has carried them beyond the emerald isle, and in to the realm of the music critic, receiving acclaim from the likes of Clash hyping their new EP’s opening single Asleep “an anthem”, whilst picking up airtime from Zane Lowe, Annie Mac, Steve Lamacq, Daniel P. Carter and Huw Stephens – the latter of which inviting them in for a live session on his Radio 1 show.

Having already supported Liam Gallagher, Paul Wellerand Kasabian – not to mention completing their first headline tour praised in Louder Than Waras “the electric shock of a band on fire” – Touts head out on their 2019 tour more experienced, and less forgiving. The band have announced a full UK & Ireland tour for March 2019 with support from Dublin-based band ‘Inhaler’. Full dates below.