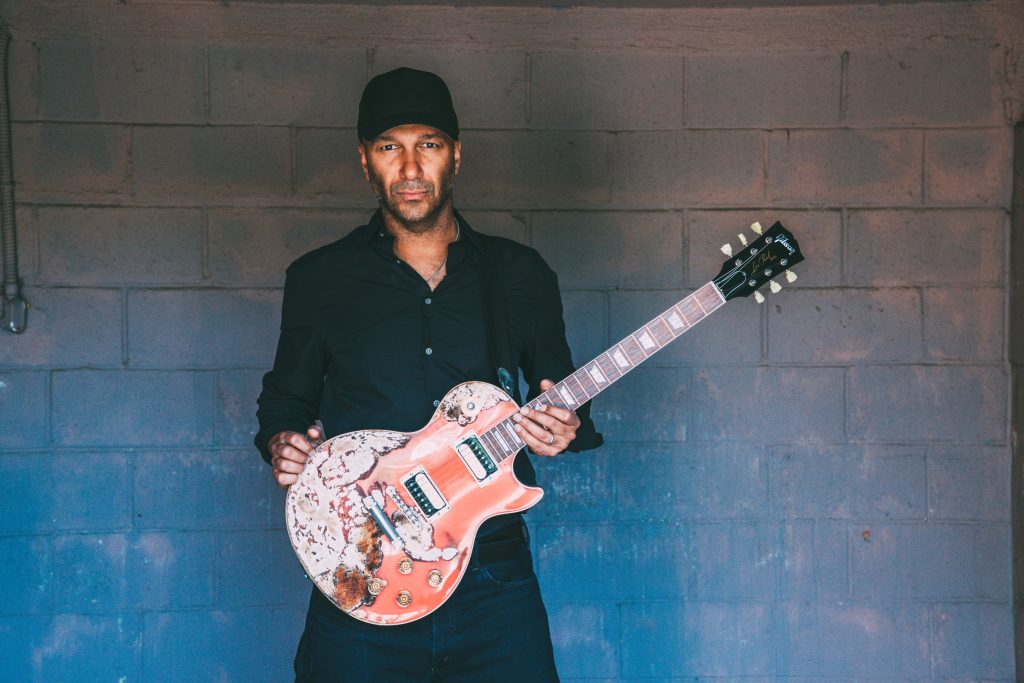 Legendary musician Tom Morello – co-founder of Rage Against The Machine, Audioslave and Prophets of Rage – is set to release the most ambitious artistic effort of his storied career yet. His brand new album, ‘The Atlas Underground’, will be released on 12 October through BMG Records. The record is available for pre-order now HERE.

Two of the album tracks, ‘We Don’t Need You’ ft. Vic Mensa & ‘Battle Sirens’ ft. Knife Party, are available to download and listen to now. In addition, part one of Lars Ulrich’s two-part ‘It’s Electric’ episode with Morello aired today on Beats 1 on Apple Music, following Zane Lowe’s premiere of ‘We Don’t Need You’. The second half of the interview will air on Sunday, 5 August at 11pm BST. Watch the full music video for the track available exclusively on Apple Music HERE.

Throughout his remarkable career, Morello has collaborated with everyone from Bruce Springsteen to Johnny Cash. On ‘The Atlas Underground’, he paves a path into new sonic territory with the project’s breadth of talented collaborators – Marcus Mumford, Portugal. The Man, Bassnectar, the Wu-Tang Clan’s RZA and GZA, Vic Mensa, K.Flay, Big Boi, Gary Clark Jr., Pretty Lights, Killer Mike, Steve Aoki and Whethan among others – transforming his sound into something even he could not have anticipated, blending Marshall stack riff-rock with the digital wizardry of EDM and hip-hop. Morello served as chief curator for the record, hand-picking and personally reaching out to the involved artists to recruit their efforts to the project. A full track listing is below.

“The riffs and the beats led the way, but the extraordinary talents of the collaborators set my creativity into uncharted territory. I’ve been devoted both musically and as an activist to fighting injustice at every turn,” says Morello. “Amid this heightened sense of impending doom, it’s now time to rally the troops in a last-ditch effort to save the planet, and our artistic souls. By challenging the boundaries of what music is and has sounded like before, you can open people’s eyes to changing the status quo in society.”

Assembled across a variety of studios spanning multiple continents, Morello calls ‘The Atlas Underground’ “a clandestine sonic conspiracy of artists working in disparate locations toward a shared goal of creating a new genre of music”. The lyrics often take the form of “social justice ghost stories,” and on tracks such as Bassnectar, Big Boi and Killer Mike’s ‘Rabbit Revenge’ and the RZA/GZA-featuring ‘Lead Poisoning,’ they convey the experiences of those less fortunate who are unable to speak up for themselves.