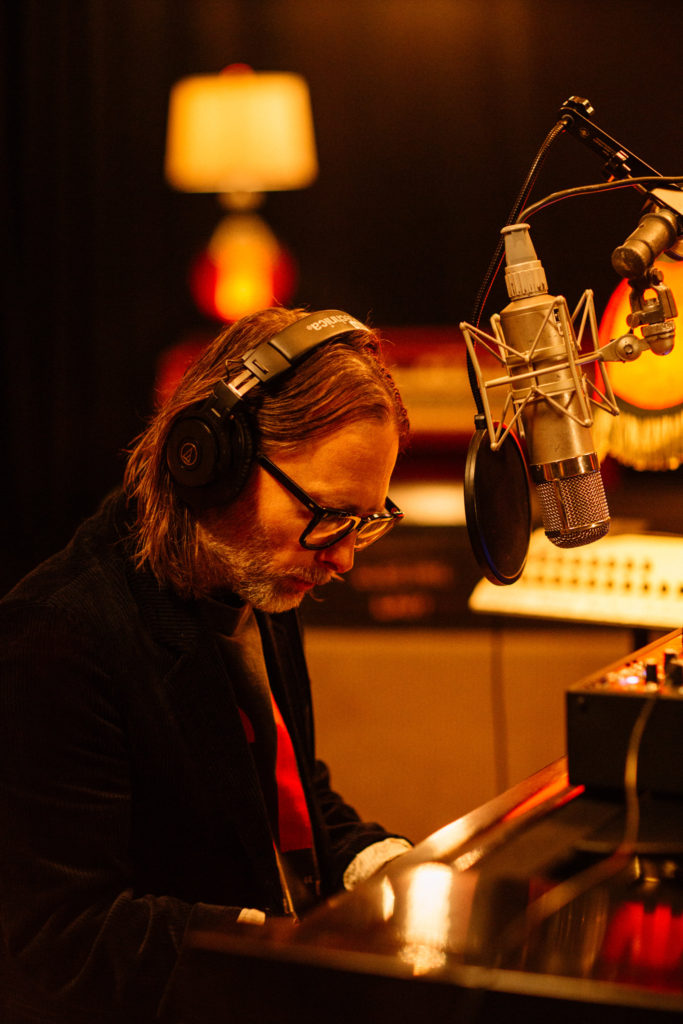 TO BE AVAILABLE ON STREAMING SERVICES FEBRUARY 22

Due to popular demand, Thom Yorke’s Suspiria Limited Edition Unreleased Material EP will now be made available on streaming services on the same February 22 release date as the 12” vinyl. The digital release will consist of the same tracks as on the limited vinyl pressing:

On November 19 of last year, Thom sat for a solo performance at Electric Lady Studios in New York City, and a rare in-depth discussion of the creative processes involved in Suspiria and beyond. Video of the session, which features three songs from the Suspiria… album, has now been released as Thom Yorke – Live from Electric Lady Studios, a YouTube playlist viewable at http://x-l-r.co/tyelectriclady.The running order of the video playlist is as follows:

Named by the AV CLUB as one of the best film soundtracks of 2018, Suspiria (Music for the Luca Guadagnino Film) was released October 26 on XL Recordings. The album consists of 25 original compositions written by Thom specifically for Guadagnino’s reimagining of the 1977 Dario Argento horror classic. The album is a mix of instrumental score work, interstitial pieces and interludes, and more traditional song structures featuring Thom’s vocals including “Open Again,” “Has Ended,” “Suspirium,” and “Unmade”–the latter two having recently been performed for the first time before live audiences on Thom’s Tomorrow’s Modern Boxes tour.

Suspiria was written and arranged by Thom Yorke, recorded and produced by Thom and Sam Petts-Davies. The album also features the London Contemporary Orchestra and Choir, Noah Yorke on drums on “Volk” and “Has Ended,” and Pasha Mansurov on solo flute on “Suspirium.”

For further information go to http://x-l-r.co/suspiria