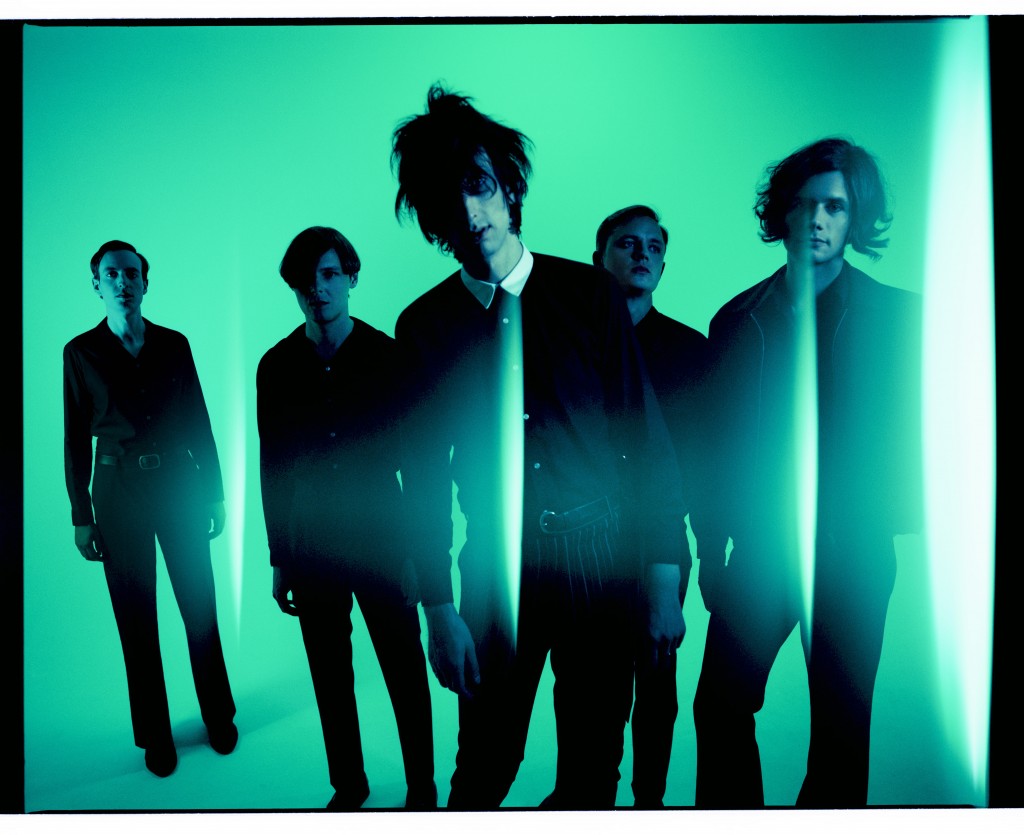 THE HORRORS REVEAL THEIR COMPUTER-GENERATED ABSTRACT NEW VIDEO FOR ‘MACHINE’

THE HORRORS REVEAL THEIR COMPUTER-GENERATED ABSTRACT NEW VIDEO FOR ‘MACHINE’ – THE FIRST SINGLE FROM THEIR NEW ALBUM, ‘V’, OUT ‪SEPTEMBER 22

THE BAND WILL EMBARK ON A FULL UK TOUR IN OCTOBER

Watch the video for ‘Machine’ here:

‘A deliciously dirty, revitalised reminder of exactly how good the group can be’ – DIY

The Horrors reveal a visually stunning, computer generated abstract video for their critically acclaimed new single ‘Machine’. Featuring layers of simulations of micro-organisms, the video is the works of CGI pioneer Jon Emmony who is known for his beautiful, grotesque and intriguing simulation videos.

On making the video, Jon said “The video for ‘Machine’ is based around the concept of computer simulation. The creatures, formed from sections cut and twisted from insects, crustaceans and bone are arranged in sculptural compositions inspired by artists such as Hieronymus Bosch; finding the surreal within mixed forms and scales. If left, taken away from an edit, the creatures would continue to exist and their movements would evolve.  For me, this was an exciting way to create digital imagery as having an element of control removed and then decided by a computer seemed fitting with the track. Machines inside machines.”

The album’s first single ‘Machine’ sees the group at their majestic, imperial best. The ten-track album explores such depth and diversity that when the final song and future single ‘Something To Remember Me By’ appears to channel dance, trance and progressive pop genres it feels like both the most natural thing in the musical world and also the most surprising. ‘V’ shows the group at the peak of their powers, exhibiting a freedom and sense of exploration that feels truly liberating.

“It is a risk,” says ‪Faris ‪Badwan discussing the band’s bold refusal to stand still. “But life isn’t much fun without risk. It’s the antithesis of being creative if you know what you’re going to be doing every time.”

The album artwork comes from talented VFX artist and director Erik Ferguson, who is known for his abstract and intriguing creative vision.

‘V’ was recorded in London with producer Paul Epworth, who has worked with FKA Twigs, ‪Lorde, ‪Rihanna, Adele, ‪London Grammar, ‪Florence and the Machine, ‪Coldplay, U2 and ‪Paul McCartney, amongst many others.

5. Point of No Reply

10. Something to Remember Me By

The Horrors played a small intimate show at London’s Omeara last week earning rave reviews from The Guardian, Evening Standard and The Quietus:

“The Horrors were on magnificent form” – The Quietus

The Horrors will tour the UK in October; tickets are on sale now.