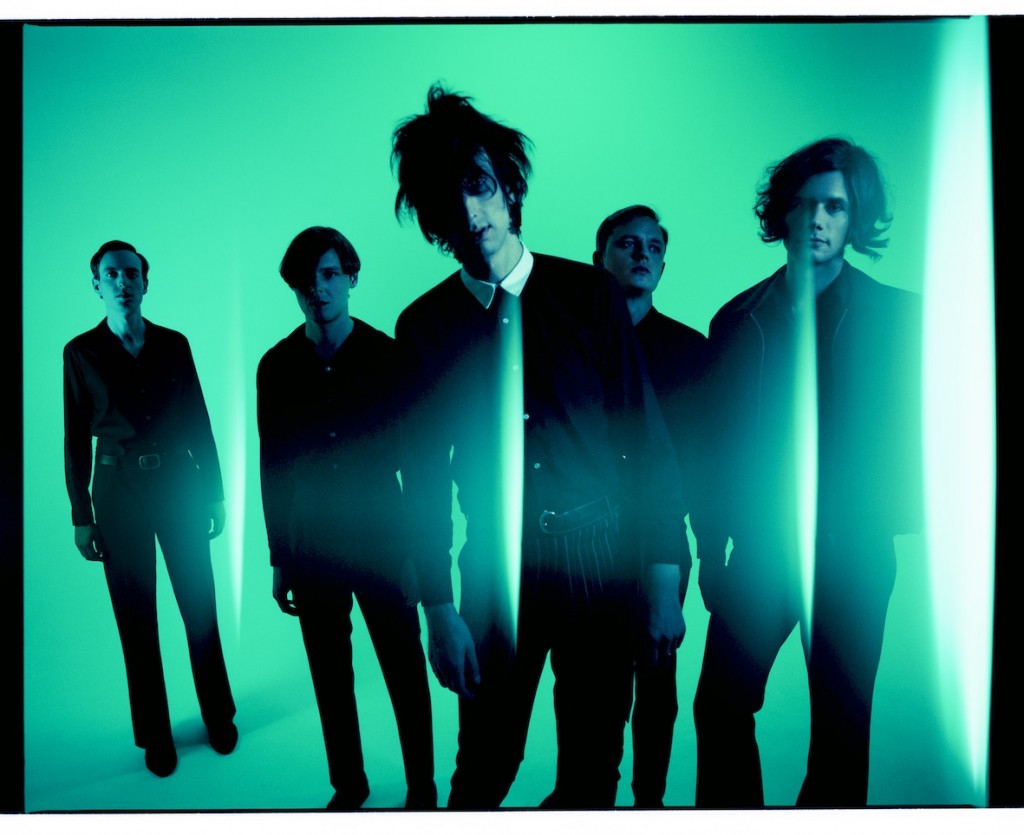 THE TEN TRACK ALBUM, PRODUCED BY PAUL EPWORTH, WILL BE FOLLOWED BY A FULL UK TOUR IN OCTOBER

The album has been previewed by the first single ‘Machine’ which sees the group at their majestic, imperial best, although the ten tracks on the album are so diverse that when the final song and future single ‘Something To Remember Me By’ appears to channel dance, trance and ‘80s pop genres it feels like both the most natural thing in the musical world and also the most surprising. ‘V’ shows the group at the peak of their powers, exhibiting a freedom and sense of exploration that feels truly liberating.

“It is a risk,” says Faris Badwan discussing the band’s bold refusal to stand still. “But life isn’t much fun without risk. It’s the antithesis of being creative if you know what you’re going to be doing every time.”

Keyboardist Tom Furse continues: “It’s natural, if you do see yourself as an artist, to progress and not play it safe. Bowie pre-empted the modern condition of not being able to stay in one place for very long, and I get frustrated with bands who stay still. Because then it does become a career.”

The album artwork comes from talented VFX artist and director Erik Ferguson, who is known for his abstract and intriguing creative vision.

‘V’ was recorded in London with producer Paul Epworth, who has worked with FKA Twigs, Lorde, Rihanna, Adele, London Grammar, Florence and the Machine, Coldplay, U2 and Paul McCartney, amongst many others. POINT OF NO REPLY

SOMETHING TO REMEMBER ME BY

The Horrors have recently supported Depeche Mode on tour. The group will play a small show at London’s Omeara on July 11, followed by the Latitude Festival on July 14, a UK festival exclusive for the band.

The Horrors will tour the UK in October; tickets on sale Friday June 30.

“When we started,” explains bassist Rhys Webb, “we had a very clear idea of what we wanted to do, which was to make as furious a noise as possible, a fast and violent racket. But even though we started with this punky garage sound there was always this real spirit of wanting to experiment and explore.”

‘V’ is the sound of a band making undoubtedly the most expansive and progressive music of their careers.