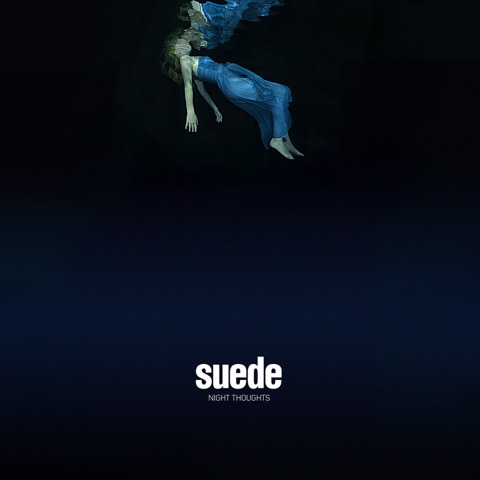 THE ALBUM IS ACCOMPANIED BY A FEATURE FILM DIRECTED BY ACCLAIMED PHOTOGRAPHER ROGER SARGENT, WHICH WILL BE RELEASED ON DVD AS PART OF A SPECIAL ALBUM PACKAGE.

THE BAND WILL PREMIERE BOTH THE FILM AND THE ALBUM WITH TWO DATES AT LONDON’S ROUNDHOUSE ON NOVEMBER 13TH AND 14TH  WHEN THEY PLAY THE ENTIRE ALBUM FROM START TO FINISH AGAINST THE BACKDROP OF THE FILM. THIS WILL BE THE GLOBAL PREMIERE OF BOTH FILM AND ALBUM.

Suede will release their brand new studio album Night Thoughts on January 22nd .  The album, which features a full string section, was produced by long-time Suede collaborator Ed Buller. It was recorded at SARM studios in London and ICP in Brussels.

The album will be premiered in two performances at London’s Roundhouse on November 13 and 14 where the group will play the album in its entirety whilst the film is shown behind them.

On directing the film for Suede, Roger Sargent said:

“Suede and I have crossed paths a few times over the years. I sneaked onstage for their ‘93 Glastonbury show to get photos for NME… more recently I was asked directly to do some of the photography for the last album.

I was asked to pitch an idea for this film project… I really had no idea what they were wanting or expecting so I tried  to write in the least self-conscious way possible. The record deals with a lot of familial themes — life, death, love, anguish and despair; themes that are expanded upon in its visual companion, providing a study of how those elements affect the human psyche. It resonated with me for many reasons, not least because my mother passed away a few days after I started writing a story for the film. The film starts with a man drowning in the waters of a deserted beach at night, as he fights for life, his mind plays out the events that lead him to be there.”

‘Twenty years on, Suede are still jumping barriers’ ­– The Guardian

‘Suede are still capable of taking you over’ – Q