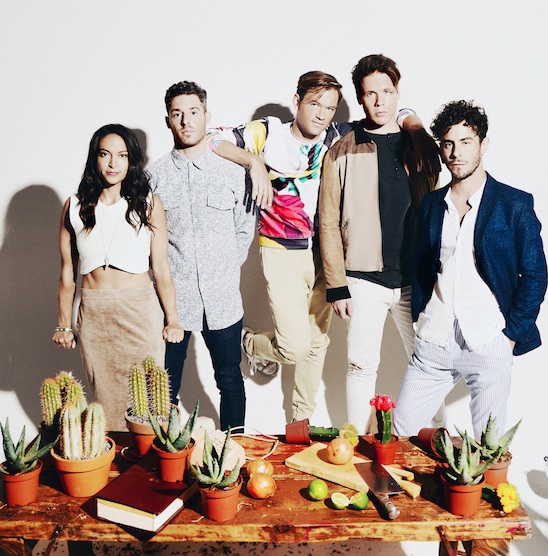 ST. LUCIA HAVE REVEALED NEW TRACK ‘HOW TO RUN AWAY’

St. Lucia have revealed their new track ‘How to Run Away’ which is taken from their forthcoming album, ‘Matter’, released on January 29th 2016 via Columbia Records / Sony Music RED.

‘How To Run Away’ is the latest track to be made available by St. Lucia in the build up to the release of their new album. The catchy, all out pop track is available now as an instant download when you pre-order the album

The album was produced by bandleader Jean-Philip Grobler along with Chris Zane (Passion Pit, The Walkmen). The album was primarily recorded on a studio console formerly owned by Gloria Estefan and Miami Sound Machine. Watch Part 2 of the album’s track by track here – https://youtu.be/liTVeEmLEeI

The band’s first single from the album, ‘Dancing On Glass’, reached the top 5 on Spotify’s Global Viral Chart. Watch the video for here – http://bit.ly/1MK3M5w

St. Lucia’s 2013 full-length debut ‘When The Night’ earned raves from Billboard, SPIN and Buzzfeed, performances on Kimmel and Seth Meyers, multiple Terminal 5 sellouts in NYC, and major festival plays including Lollapalooza, Governors Ball and a slot on the Coachella main stage. Since their debut they have collaborated with several of their contemporaries including Passion Pit, Charli XCX and Foster the People.

Until now ‘When The Night’ hasn’t been available in the UK.  Download from iTunes here – http://smarturl.it/whenthenightitunes

6. The Winds of Change