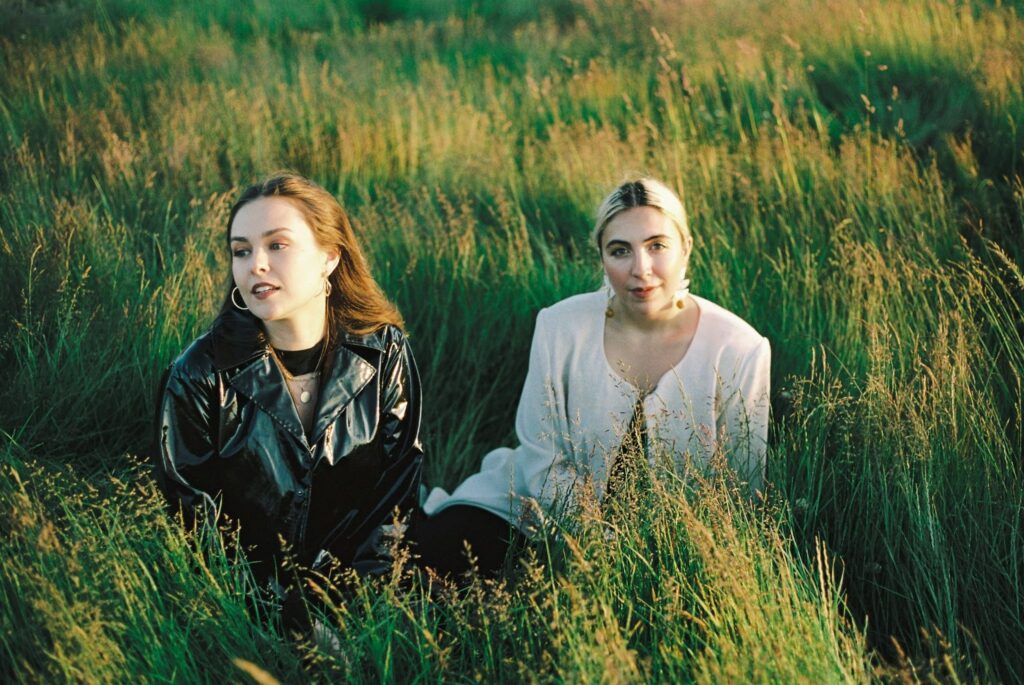 WITH LISA HANNIGAN AND CRASH ENSEMBLE

Listen to the new album ‘Where I Should End’ now

Following the release of their critically-acclaimed sophomore album Where I Should End, Saint Sister – the Dublin-based duo of songwriter Morgan MacIntyre and harpist/arranger Gemma Doherty – today announce they will play the album in its entirety fully live, twice, from Dublin on July 8.

The band will perform two live sets from The Complex Gallery & Studios for fans around the world; once at 8pm BST and again at 12:00am BST.

The shows can be watched online for free via Saint Sister’s YouTube channel or in person at some of Saint Sister’s favourite Irish and international venues, with more to be announced soon:

Produced in partnership with Tiny Ark, these special album livestreams will give fans the chance to experience the new tracks live for the first time. They will be joined on the night by their full band, the string quartet Crash Ensemble who recorded on the album, and Lisa Hannigan who featured on their stunning 2020 single “The Place That I Work”.

Speaking ahead of the live streams, Saint Sister say: “We can’t tell you how much we’ve missed playing with a live band. We’ll be joined by the full force of the musicians who are on the record and more. We are desperately craving the connection that a live show brings and have loved chatting with Tiny Ark about how to bring as much of that special energy to the night as possible. If we can’t sing to you face to face we’ll do the next best thing, play the new record top to bottom, completely live.”

As well as inviting fans inside the new world they have created with the album, the band hope to raise money to help them tour in 2022. Although the streams will be free, they welcome any donations that will help them take the new record around the world on tour next year. Fans can donate here.

Full details on the livestream are available here.

Fans can set a YouTube reminder for their chosen livestreams now via the Saint Sister YouTube channel with further streaming details and partner venues to be announced soon.

Alex Delap of Tiny Ark says: “Many of us at Tiny Ark have been long time admirers, so when the opportunity arose to collaborate with the band in creating a live, visual and aural experience of ‘Where I Should End’, we jumped at the chance. In director Eilís Doherty’s words, ‘With this album, it feels as if Saint Sister are more present as individuals than they have been before. I want to create a setting in which Gemma and Morgan’s individual identities are at the forefront, placing them in the centre where they are allowed to tell their story and speak to the audience.’”