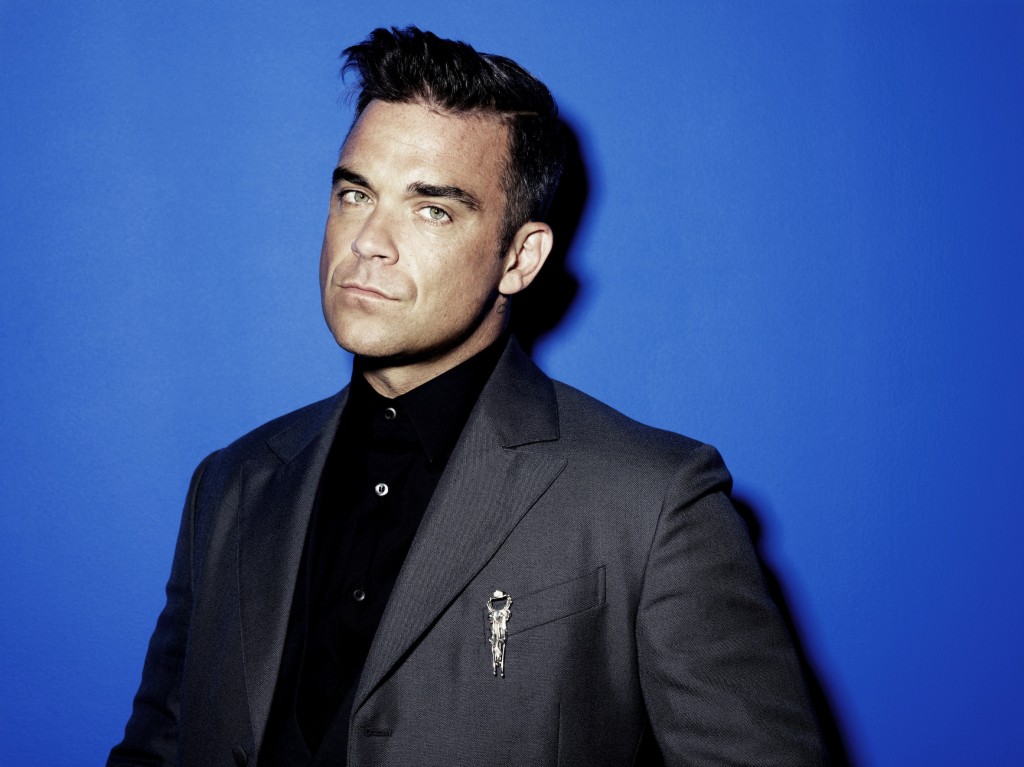 ROBBIE WILLIAMS, CURRENTLY NO 1 IN THE MIDWEEK SINGLES CHARTS, WILL RELEASE HIS NEW SINGLE “DIFFERENT” ON DEC 17.

ROBBIE’S NEW ALBUM “TAKE THE CROWN” IS RELEASED ON NOVEMBER 5. Robbie Williams, whose current single “Candy” is No 1 in the midweek sales charts, will release a brand new single “Different” on Island Records on December 17.

His new album “Take The Crown” will be released next week, November 5. In an early review of the album the rock magazine “Uncut” wrote that it was “ pure pop – the songwriting is impressive throughout”.

On the day of the album release Robbie will be turning on the spectacular Christmas light display in London’s Oxford Street. He will then be signing copies of “Take The Crown” in the Oxford Street branch of hmv at 7.30pm*.

“Different” was produced by Jacknife Lee, who says of the track  – “I think when Robbie gets a song right it’s the vulnerability mixed with bravado that makes it so compelling.”

Robbie says of the song; “it’s the great hope of the second single variety! A lot of effort went into this song, which is a very personal statement”.

The video for “Different” was directed by Wiz.

* Please note access to this event is strictly limited. 300 wristbands will be available from the store on the day of the event on a first-come first-served basis, one per customer only, subject to availability.