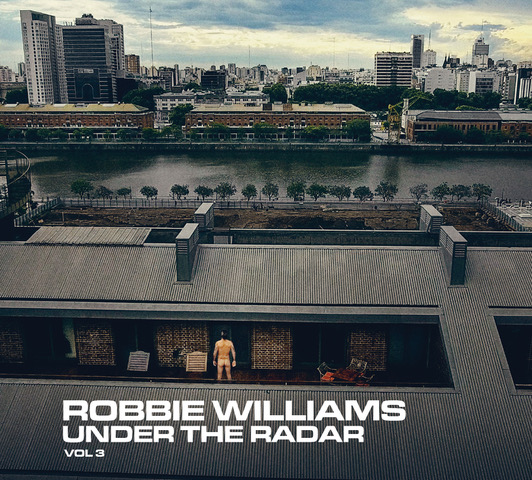 Robbie Williams announced via video today that he is releasing a new album of previously-unheard music directly to his fans.

‘Under The Radar Volume 3’ – the third instalment of his fan special series – is a unique collection of demos and previously unreleased material from across Robbie’s 21-year solo career compiled for the first time to share with fans.

The album will be released on Valentine’s Day, 14th February 2019, and is available to pre-order now exclusively via robbiewilliams.com in three formats: standard, super deluxe and digital download. ‘Under The Radar Volume 3’ is not eligible for chart entry.

Robbie says: “Announcing another ‘Under The Radar’ album for the fans makes me really happy. These are songs and versions of songs from the archives that people haven’t heard before. I’m proud of them, I’m really attached to them and I’m delighted to be sharing them in the third album of the series.”