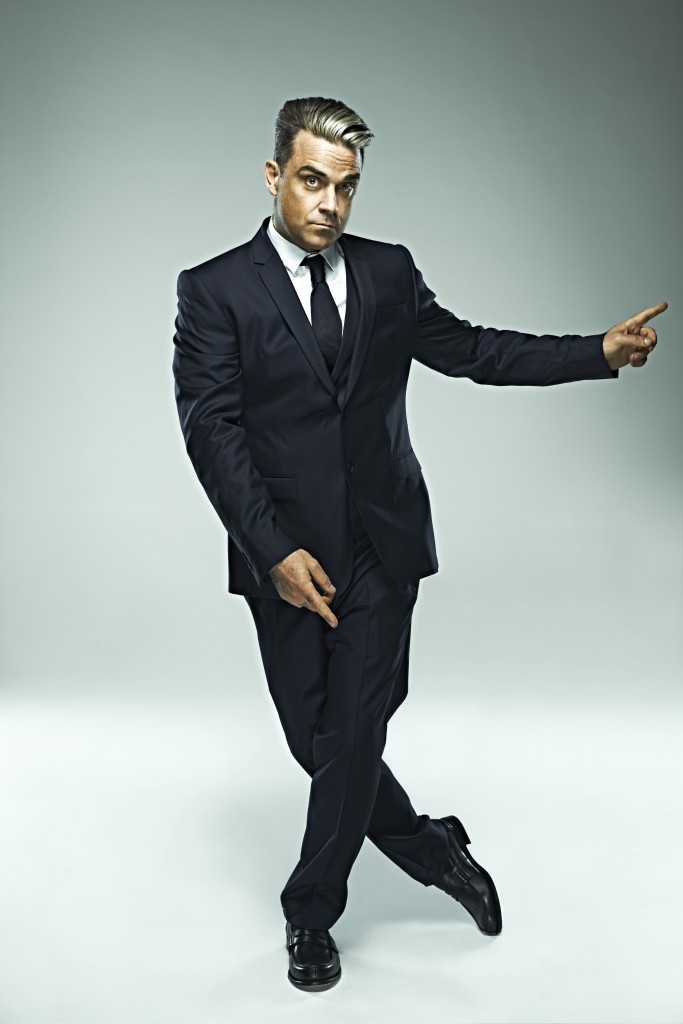 THE ALBUM FEATURES DUETS WITH LILY ALLEN, MICHAEL BUBLÉ, KELLY CLARKSON, OLLY MURS AND RUFUS WAINWRIGHT, ALONGSIDE A SELECTION OF CLASSIC SONGS FROM THE PAST AND BRAND NEW SONGS WRITTEN WITH GUY CHAMBERS The album features a brilliant selection of classic songs including “Dream A Little Dream” (with Lily Allen), “I Wan’na Be Like You” ( with Olly Murs) and “Little Green Apples” (with Kelly Clarkson). Brand new tracks include “Soda Pop” (with Michael Buble) and “Swings Both Ways”, written and performed with Rufus Wainwright.

The album sees Robbie reunited with Guy Chambers, with whom he wrote 6 new songs. Guy Chambers produced the album.

The full track-listing is as follows:

PUTTIN’ ON THE RITZ

IF I ONLY HAD A BRAIN

NO ONE LIKES A FAT POP STAR  *

Robbie said today: “First of all, I wanted to do a Swing album because I wanted to do a Swing album. I always knew I’d do another and I think now is the perfect time to do it. I’m enjoying showbiz and I’m enjoying my life and my understanding of where I am now is that there needs to be an event every time I bring out a record. The album this time is a definite ode and a loving glance towards a period on the planet that I was never invited to ‘coz I wasn’t there….I wanted to be, which I feel still very strongly linked to.

Going in I planned it to be very similar to the last one, and then I realised – that’s actually not what I wanted. It’s different – it’s not all covers. I had some songs that I wanted the world to hear and check out and maybe become part of the fabric of their lives, if I’m lucky enough, that I’ve had a hand in writing. So it’s very, very similar to the last one, and very different – and hopefully I’m off to romance the world!”.

Lily Allen said: “ ‘Dream A Little Dream’ is one of my favourite songs of all time so I didn’t hesitate when Robbie asked me if I’d like to duet with him on it. I was a bit nervous when we recorded it, especially when I asked him what he wanted me to do and he said something like ‘just be you’. But I’m really happy with it and think we do justice to a classic song”.

Of the title track which he co-wrote and performs on, Rufus Wainwright says; “Working with Robbie is a dream come true. I’m once again the envy of both sexes. Robbie is the real deal, full package, a total mensch and if I could come up with any more paired descriptive sayings I would use them as well”.
Olly Murs, who has just toured with Robbie, says: “I absolutely loved working with Rob on this album. After touring Europe with him this year it seemed only right that we record something together, and “I Wan’na Be Like You” is such a classic sing-a-long tune. It’s always brilliant when you get to work with your mates! “.