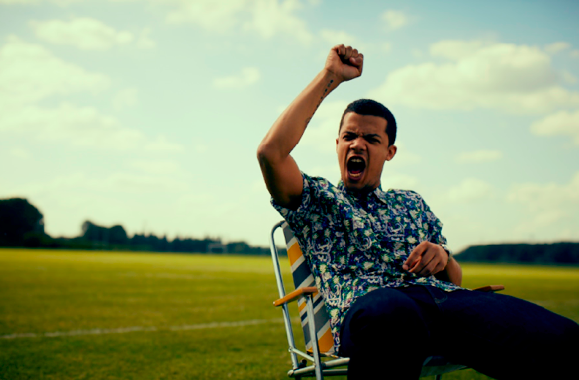 THE NEW SINGLE OUT 20TH APRIL

RALEIGH TO EMBARK ON HEADLINE UK TOUR IN APRIL

“A soulful pop singer and an unsullied warrior, Raleigh Ritchie is a young Londoner to watch” – i-D Raleigh Ritchie has unveiled the video for his new single ‘The Greatest.’ Released on the 20th April, the track is taken from Raleigh’s debut album due in the autumn.

In January, Raleigh joined forces with one of his idols RUN-DMC as he performed with the hip hop legends at a special one off show at London’s Scala. As well as providing the support for the evening, Ritchie was invited to perform one of their greatest hits, ‘Walk This Way’ live on stage with the band. Raleigh was also the main support on George Ezra’s recent UK tour.

You can view the video for ‘The Greatest’ here:

Raleigh will embark on his own headline tour in April. Full tour dates: