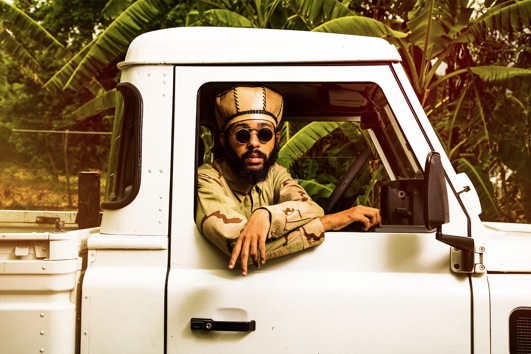 PROTOJE HAS REVEALED A BRAND NEW VIDEO FOR TRACK ‘CRIMINAL'

Protoje will release his third album, ‘Ancient Future’ in the UK on October 16th through Mr Bongo Records.  Tracks ‘Who Knows’ feat. Chronnix and ‘Answer To Your Name’ will be released the following week on October 23 as a double A-side.

Protoje along with his long time band and collaborators, The Indiggnation, are at the forefront of what is being described as the “Reggae Revival” currently happening in Jamaica. Considering Protoje’s heritage his place in the revival is unsurprising, his father was a calypso king from St. Vincent known as Lord Have Mercy and his mother the successful reggae singer, Lorna Bennett.

In January of this year Protoje was chosen as one of BBC 1 Xtra’s Hot for 2015 Artists, alongside the likes of Stormzy, George The Poet and Lion Babe. Two of the album tracks were made exclusively available earlier this year on Toddla T’s mixtape, ‘England Be Wise.’ Protoje has also just been nominated as Best Reggae Act for the 2015 MOBO awards.

Protoje will be touring the UK this October, dates as follows:

All tickets can be purchased from here –  http://www.protoje.com/tour/

‘Ancient Future’ is out on October 16.