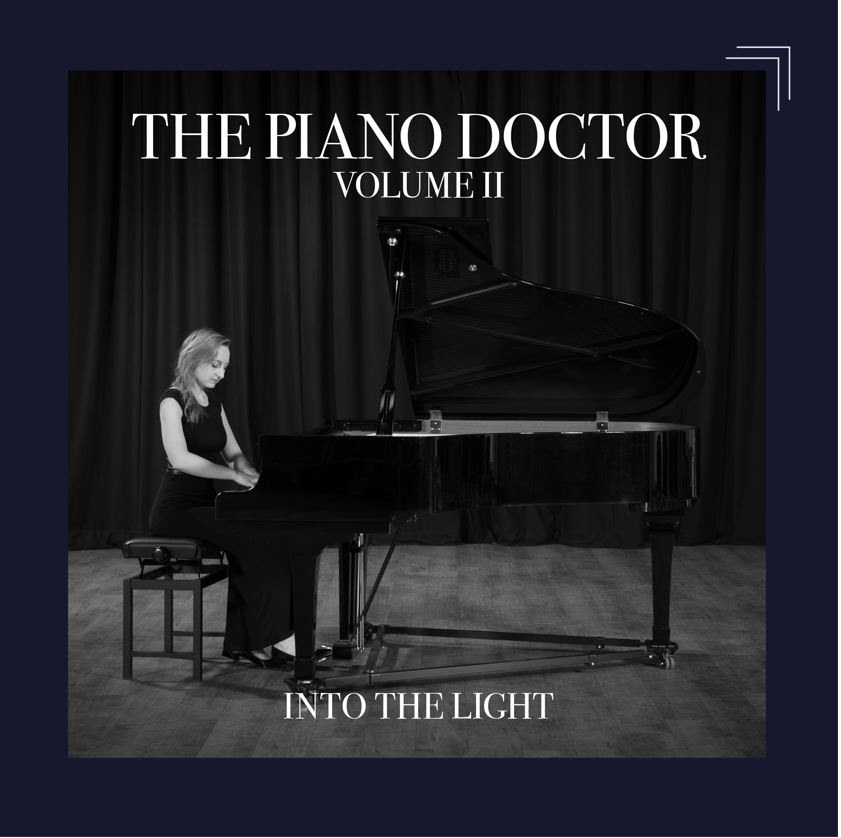 BRAND-NEW SINGLE ‘INTO THE LIGHT’

IS OUT TODAY VIA PLATOON AND SILENT BEAT RECORDS

NHS Doctor and classical pianist/composer Jess Duckworth today (Dec 10) reveals her brand-new single ‘Into The Light’, via global artist services company Platoon and Silent Beat Records. The new single is the first music to be released from her forthcoming EP “The Piano Doctor: Volume II – A Year Of Reflective Piano Music”, due for release on February 11 2022.

Listen to the new single here.

As a doctor working on the frontline of the pandemic, Jess became a well-known figure at the Royal Devon & Exeter Hospital, often found performing for patients and staff on the hospital’s piano, before going on to rise to national prominence last year with the release of her first EP “The Piano Doctor”, recorded at Peter Gabriel’s Real World Studios in Bath. With a background in research into the therapeutic benefits of classical music, Jess was inspired by her interactions with patients to compose music specially designed to help them relax while undergoing treatment.

Jess returns today with the first single from her forthcoming five-track EP “The Piano Doctor: Volume II – A Year Of Reflective Piano Music”, with each composition inspired by her experiences working in the NHS over the past year. Mastered at the world famous Abbey Road Studios, this new collection of tracks is the perfect listening experience for anyone seeking a moment of tranquil contemplation or relaxation.

Speaking about new track ‘Into The Light’, Duckworth says:

​”The first single is a piece I wrote about hope – it was inspired by a patient I cared for in hospital with only a few days to live: their hope in these remaining hours was infectious, awe-inspiring. It led me to reframe and reflect on the relatively minor worries in life and compose the movement of positivity ‘Into The Light’.”

“The Piano Doctor: Volume II – A Year Of Reflective Piano Music” will be released via Platoon and Silent Beast Records on February 11 2022. Tracklist is below.

Silent Beat Records is a modern Classical record company founded in 2018 as a division of Beat Dealer Records GmbH. Since their launch they have released recordings from the likes of Nigel Kennedy, Eclipsed, Jiří Horák, Javi Lobe, Justus Rümenapp and many more. In 2020 Silent Beat Records had their first two week takeover of the biggest global Apple Music playlist Piano Chill together with their artist Laurence Ipsum. Silent Beat has also been featured in worldwide flagship playlists such as Peaceful Piano on Spotify, Piano au Calme on Deezer and Crescendo on Amazon Music.

In 2021 another global takeover of Piano Chill followed with the Canadian composer and pianist Milana Zilnik, one of many international artists which Silent Beat Records represents. Through their global repertoire Silent Beat Records has established itself as one of the most influential modern Classical record labels worldwide and represents artists such as Dominique Charpentier, The Masked Pianoman, Wilson Trouvé, Luis Berra and Goetz Oestlind.