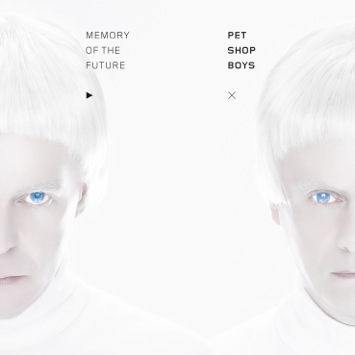 PET SHOP BOYS WILL RELEASE THE SINGLE ‘MEMORY OF THE FUTURE’ ON DECEMBER 31, THE THIRD TO BE TAKEN FROM THEIR ACCLAIMED ALBUM ‘ELYSIUM’.

THE SINGLE FEATURES A NEW VERSION OF THE TRACK, MIXED BY STUART PRICE.

Pet Shop Boys will release a new single ‘Memory of the future’ on Parlophone Records on December 31st. The track is the third single to be taken from their album ‘Elysium’ which was released in September this year. The single version of the song is a new mix by Stuart Price.

‘Memory of the future’ will be available on two CDs and two digital bundles, which feature three brand new tracks, as well as remixes by Ulrich Schnauss, DJ Waldo and Digital Dog. The track listing for all formats is below.

CD2 – Memory of the future remixed

Pet Shop Boys will play their only UK live date this year in a special one-off concert with the BBC Philharmonic Orchestra to be broadcast on Thursday, December 6th. The concert, taking place at the BBC studios in Salford, is part of the Radio 2 ‘In Concert Live’ series. The show will include a selection of old and new songs and will also premiere part of a piece Tennant and Lowe have been writing inspired by the British scientist, mathematician and code-breaker, Alan Turing.