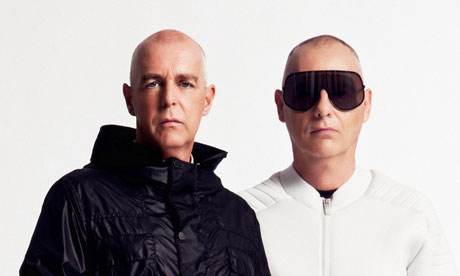 ‘VOCAL’ IS TAKEN FROM THE NEW ALBUM ‘ELECTRIC’, WHICH WILL BE RELEASED ON x2 ON JULY 15. Pet Shop Boys have made the brand new track ‘Vocal’ available to download from today. The song is taken from the forthcoming Stuart Price produced album ‘Electric’, which is released on July 15 through Pet Shop Boys’ own x2 Recordings (via Kobalt Label Services). ‘Vocal’ will be released on CD on July 22. A vinyl version will also be made available.

‘Vocal’ follows ‘Axis’, the first track to appear from ‘Electric’, which was made available to download in April to a flurry of critical acclaim:

“Just as disreputably banging as you might expect, spinning your head round its axis of amyl with a ferocious robo-house mid-section” – NME

‘Vocal’ is one of the many highlights of ‘Electric’, and has already received support from the world’s number one DJ, Armin Van Buuren, on his top 10 podcast ‘A State of Trance’.

Remixes of ‘Vocal’ will be announced shortly.

Pet Shop Boys are currently on the worldwide ‘Electric’ tour, for which Q Magazine recently gave 4 stars in an early review. The tour reaches the UK in mid June:

‘Electric’ features nine tracks in total – eight brand new Pet Shop Boys’ songs plus a cover of Bruce Springsteen’s ‘The last to die’.  The result is as uncompromising a collection of dance anthems as Pet Shop Boys have ever made.