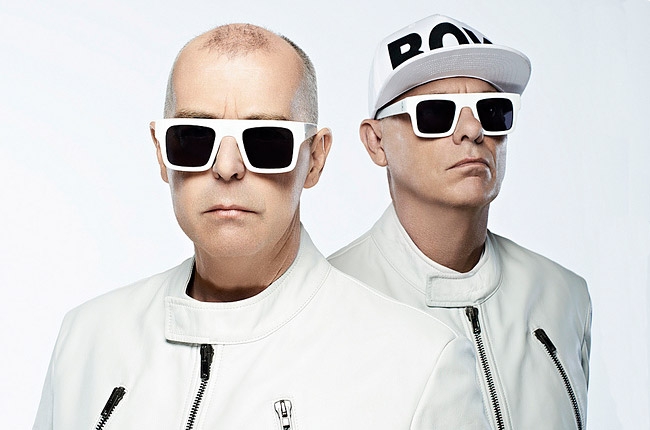 THE CONCERT WILL INCLUDE THE WORLD PREMIERE OF ‘A MAN FROM THE FUTURE’, BASED ON THE LIFE AND WORK OF ALAN TURING

The opening night of the Late Night Proms will take place at the Royal Albert Hall on July 23, as part of the BBC Proms series, and will consist of music by the Pet Shop Boys, Neil Tennant and Chris Lowe, performed by the BBC Concert Orchestra conducted by Dominic Wheeler.

The concert will be in three parts. Firstly Richard Niles’ 1991 “Overture to Performance”, an orchestral medley of Pet Shop Boys songs originally commissioned and recorded for their first world tour.

Then a guest vocalist and the orchestra will perform new orchestral arrangements by the film composer Angelo Badalamenti (‘Twin Peaks’, ‘Mulholland Drive’) of some of Tennant and Lowe’s most personal songs.

Finally the orchestra will be joined by Pet Shop Boys and the BBC Singers for the world premiere of a brand-new work by Tennant and Lowe, ‘A Man From The Future’. This is an evocation of the life and work of the computer pioneer and code-breaker, Alan Turing, who died 60 years ago but in December 2013 was granted a royal pardon for his conviction for homosexuality. It is written for orchestra, choir, electronics and a narrator and has a text based on ‘Alan Turing: The Enigma’ by Andrew Hodges who has collaborated with Tennant and Lowe on the work. The orchestrations are by Sven Helbig who previously collaborated with Tennant and Lowe on their ballet, ‘The Most Incredible Thing’.  The narrator is still to be confirmed.

Pet Shop Boys said: “It is an honour for us to be invited to present some new music at The Proms and to celebrate Alan Turing 60 years after his death.”

Andrew Hodges said: “It’s just been wonderful working with Neil and Chris on this project”.

The BBC Proms is the world’s biggest classical music festival, offering eight weeks of world-class music-making from a vast array of leading orchestras, conductors and soloists from the UK and around the world. Across more than 90 concerts, the festival aims to offer a summer of music that allows for the most diverse and exciting musical journeys.