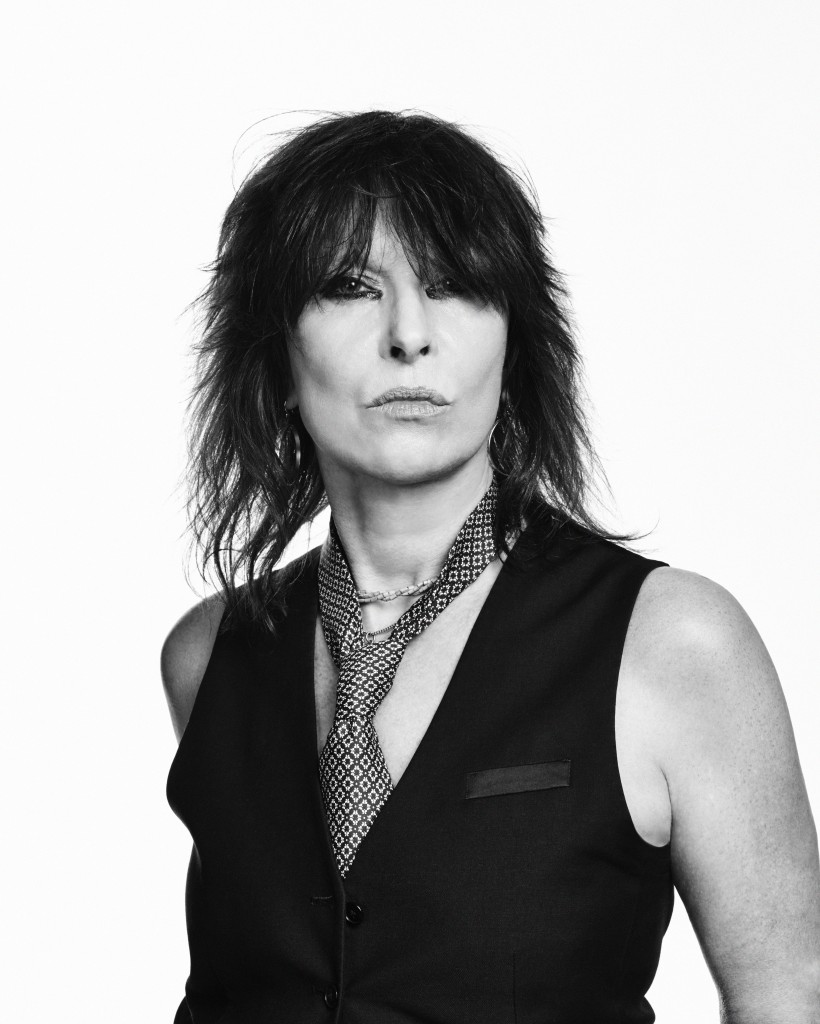 CHRISSIE, ACCOMPANIED BY THE BBC CONCERT ORCHESTRA, WILL FEATURE AS GUEST VOCALIST IN A SECTION OF THE SHOW FEATURING A SELECTION OF CLASSIC PET SHOP BOYS SONGS INCLUDING “RENT” – WITH ARRANGEMENTS BY ANGELO BADALAMENTI.

THE CONCERT WILL ALSO INCLUDE THE WORLD PREMIERE OF ‘A MAN FROM THE FUTURE’, BASED ON THE LIFE AND WORK OF ALAN TURING, WHICH WILL BE NARRATED BY JULIET STEVENSON.

Pet Shop Boys have announced that Chrissie Hynde will join them as special guest vocalist on the opening night of the Late Night Proms at the Royal Albert Hall on July 23. The concert, which is part of the BBC Proms series, will consist of music by Pet Shop Boys, Neil Tennant and Chris Lowe, performed by the BBC Concert Orchestra, conducted by Dominic Wheeler.

Chrissie Hynde, who releases a new album “Stockholm” on June 9, will feature in a special section of the concert, “Four songs in A minor”, performing new orchestral arrangements by the film composer Angelo Badalamenti (‘Twin Peaks’, ‘Mulholland Drive’) of some of Tennant and Lowe’s most personal songs.

Chrissie Hynde said: “What a thrill to get a chance to sing some Pet Shop Boys songs and release the drama queen within. I’m posing in front of the mirror already.”

The final part of the evening will see the orchestra joined by Pet Shop Boys, the BBC Singers and actress Juliet Stevenson for the world premiere of a brand-new work by Tennant and Lowe, ‘A Man From The Future’. This is an evocation of the life and work of the computer pioneer and code-breaker, Alan Turing, who died 60 years ago but in December 2013 was granted a royal pardon for his conviction for homosexuality. It is written for orchestra, choir, electronics and a narrator, and has a text based on ‘Alan Turing: The Enigma’ by Andrew Hodges who has collaborated with Tennant and Lowe on the work. The orchestrations are by Sven Helbig who previously collaborated with Tennant and Lowe on their ballet, ‘The Most Incredible Thing’.

The narrator, Juliet Stevenson, is one of Britain’s leading actors. She has worked extensively for the Royal Shakespeare Company, the National Theatre and the Royal Court, winning an Olivier award for her performance as Pauline in Death and The Maiden in 1991. Most recently she has starred in Beckett’s Happy Days at The Young Vic to huge critical acclaim. Her films include Truly, Madly, Deeply, Bend it Like Beckham, When Did You Last See Your Father?, Being Julia, Pierrepoint, Mona Lisa Smile; and Diana. She was awarded the CBE in 1999.

Pet Shop Boys said: “We are thrilled and honoured that such a classic singer as Chrissie and such a wonderful actress as Juliet are taking part in our night at the Proms.”

The BBC Proms is the world’s biggest classical music festival, offering eight weeks of world-class music-making from a vast array of leading orchestras, conductors and soloists from the UK and around the world. Across more than 90 concerts, the festival aims to offer a summer of music that allows for the most diverse and exciting musical journeys. The Pet Shop Boys concert will be broadcast on BBC Radio 3, and although advance tickets have now sold out, there will be 1,500 standing tickets available on the day for £5.

Pet Shop Boys are currently on their ‘Electric’ Tour, which last year visited two cities in the UK – London and Manchester. The band are now embarking on a series of British summer dates which will take the Electric tour all over the UK. The dates are:

Tickets for all concerts are on sale now.