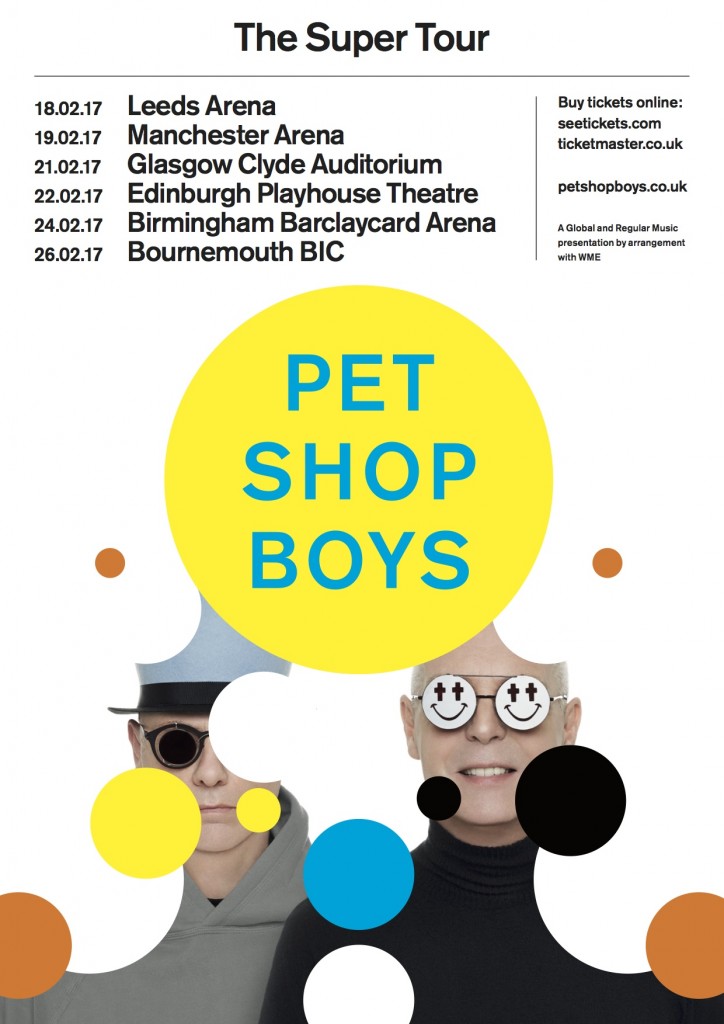 As Pet Shop Boys get ready to perform four sold-out shows this week at the Royal Opera House in London, they are delighted to announce that they will return to the UK with their Super Tour early next year.

They will hit cities across the UK in February 2017, playing venues in Leeds, Manchester, Glasgow, Edinburgh, Birmingham and Bournemouth.

The Super Tour will see Pet Shop Boys perform songs from their acclaimed new album ‘Super’, as well as classic PSB hits and album tracks from over the past 30 years. The production is based on the Royal Opera House shows staged by designer Es Devlin and choreographer Lynne Page.

The Super Tour will visit the following six cities in February 2017:

Tickets go on general sale this Friday, July 22nd at 10am via seetickets.com and ticketmaster.co.uk.

There will also be a fan pre-sale for tickets, which starts at 10am on Tuesday, July 19th. To access this presale, fans will need to use the code SUPER to order tickets before the general on sale opens up on Friday July 22nd at 10am.