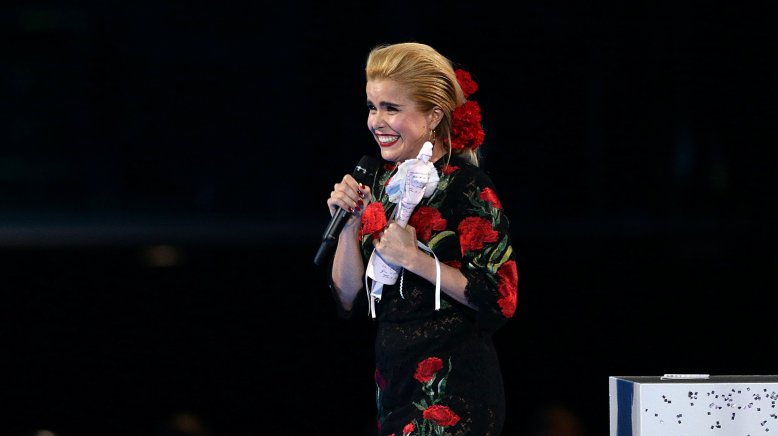 PALOMA FAITH TRIUMPHS AT THE BRITs, WINNING THE AWARD FOR BEST FEMALE. SHE CELEBRATED HER WIN WITH A SPECTACULAR PERFORMANCE OF HER HIT SINGLE “ONLY LOVE CAN HURT LIKE THIS”

HER CURRENT ALBUM “A PERFECT CONTRADICTION” HAS SOLD IN EXCESS OF 600,000 COPIES AND, ON MARCH 10, WILL HAVE BEEN IN THE UK TOP 40 FOR AN ENTIRE YEAR! IT’S THE BIGGEST SELLING ALBUM BY A BRITISH FEMALE ARTIST IN 2014.

Paloma Faith celebrated winning the award for Best Female at the BRITs tonight (Feb 25) with an incredible performance of her classic single “Only Love Can Hurt like This”.

The single is taken from the album “A Perfect Contradiction” which, like her previous two albums, has now gone double platinum, with sales in excess of 600,000. On March 10 the album will have been in the UK Top 40 for an entire year – the last female artist to achieve this feat was Adele.  Paloma’s album is the biggest selling by a British female artist in 2014.

Paloma embarks on a UK arena tour this March and has been announced as the headliner of the seven date spectacular Forest Live tour.