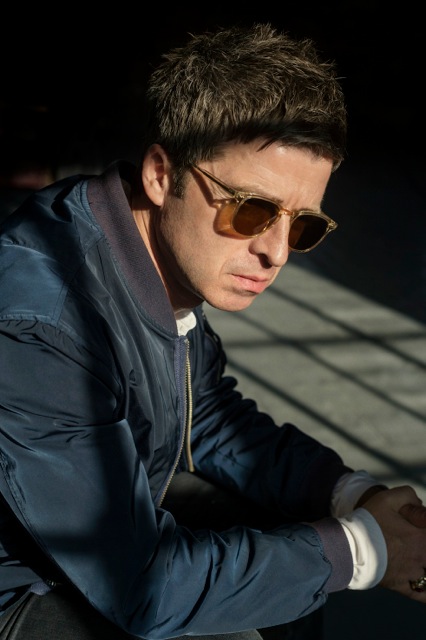 NOEL GALLAGHER’S HIGH FLYING BIRDS’ NEW SINGLE, ‘BALLAD OF THE MIGHTY I’, WILL BE RELEASED ON FEBRUARY 23

Noel Gallagher’s High Flying Birds will release ‘Ballad Of The Mighty I’ on February 23. The track is the second single to be released from the highly anticipated second album, ‘Chasing Yesterday’, due for release the following week on March 2.

‘Ballad Of The Mighty I’ is the emotional closer of the new record and features Johnny Marr on guitar alongside Noel.

“I tried to get him to play on the last album but it never happened,” said Gallagher. “So when I put this track together and knew he would be perfect for it I called him and asked if I could send him the rough mix. He said: ‘No, I don’t want to hear it. I’m just going to react to it on the day.’ He didn’t even want any pointers. Well, that was brave of him. He just arrived with two guitars and a bag of effects pedals. And I have to say, he’s unbelievable. He’s way up there, on another level to the rest of us. The result is a burst of energy that helped make Mighty I one of the best songs I’ve ever written.”

The single will include B side ‘Revolution Song’ and will be released digitally and on 7″, with a limited edition coloured vinyl available exclusively via www.noelgallagher.com

Noel Gallagher’s High Flying Birds will embark on a headline tour starting March 3rd, playing arena dates across the UK and Ireland, culminating with a show at London’s O2 Arena on March 10.  Following these dates the band will play a headline show at The Royal Albert Hall for Teenage Cancer Trust on March 28.