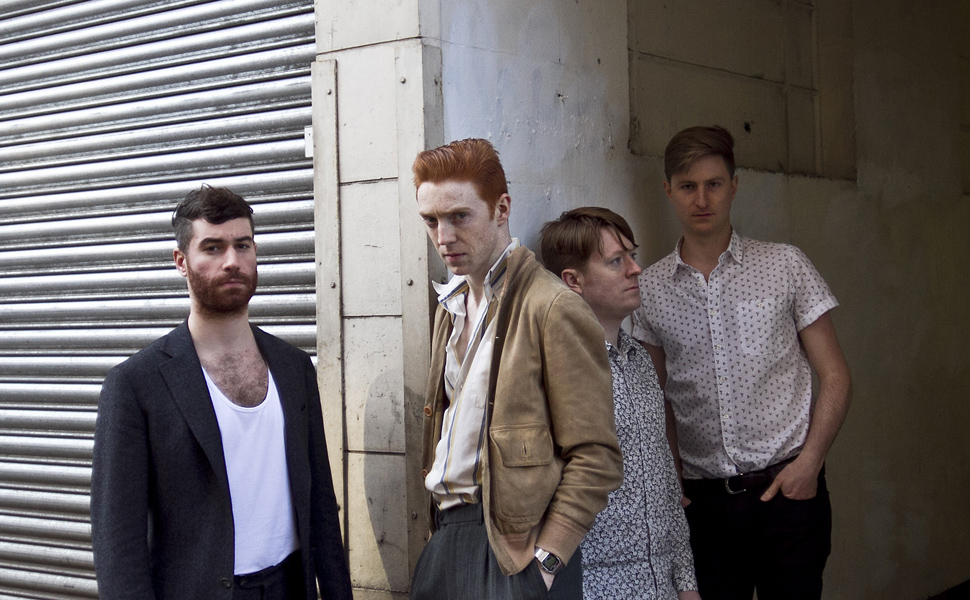 Night Engine have announced they will be main support to the Kaiser Cheifs on their upcoming UK tour.

They will also be headlining The Borderline on 20th February. All dates are as follows:

Night Engine are releasing their debut single ‘Seventeen’ / ‘Treat Me Like A Baby’ on 18th February 2013.
http://soundcloud.com/nightengine/sets/night-engine-seventeen-treat
http://www.youtube.com/watch?v=zNOGMgd4V8s&feature=youtu.be

‘These guys are primed to make crowds bounce; they can bring something great back to dance floors too hard to find nowadays’ 7 BIT ARCADE

‘Their tunes are irresistible.’ THE GUARDIAN

Night Engine formed in January 2012. In October 2012 they uploaded a track of theirs called ‘I’ll Make It Worth Your While’ to Soundcloud. In that same month, and with a host of sites linking to the track and running intro pieces on the band, they played their debut London show at the Sebright arms. It was a total sell out and prompted LOUDER THAN WAR to note that ‘Infallibly perfect bands don’t come around every day’ by way of explanation. Even the Americans seemed to want to be in at the beginning with MTVHive.com declaring ‘This band is pretty awesome’. A single of the week on The Guardian music podcast and the bold assertion that ‘this is a swaggering, sexy hit waiting to happen’ made sure that, if you missed it, Night Engine were very firmly in the ones to watch category for 2013. Shows at SWN, where according to NME the band ‘provide early thrills’ with a 4pm stage time, and London’s Social increased that feeling.

Now the band are ready to announce their debut single for the New Year. On February 18th Night Engine will release ‘Seventeen’ / ‘Treat Me Like A Baby’. They will also play their fourth London show at the Borderline on Wednesday February 20th.

‘Seventeen’ tells the story of a young man from the criminal underworld who can’t escape his fate. Whilst ‘Treat Me Like A Baby’ is a shot across the bows of those who criticise new artists for drawing on the past; the band adding: ‘How many times have you heard, “That’s been done before…”, as if we’re too young to know or understand? Don’t patronise us. Each generation must discover music for themselves.