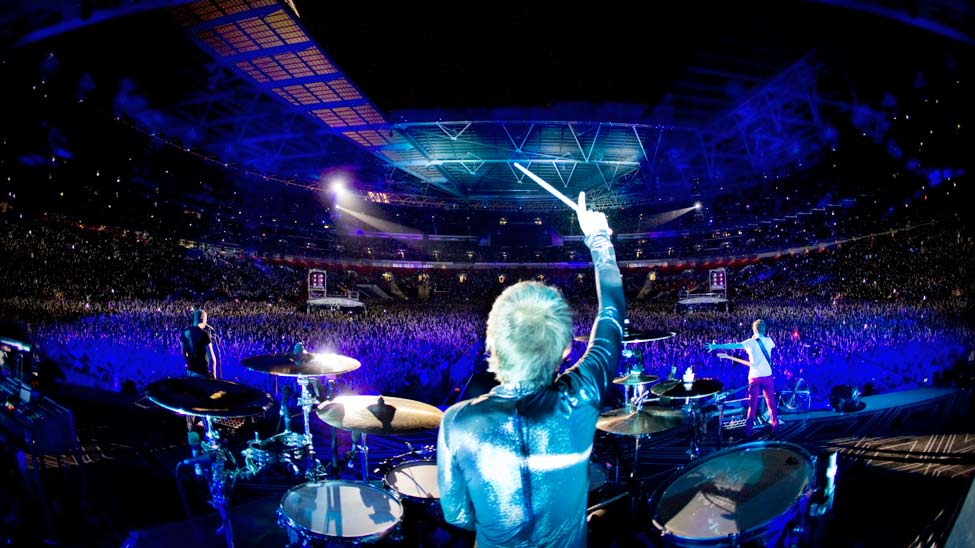 MUSE EMBARK ON THEIR BIGGEST EVER STADIUM TOUR TO DATE

MUSE EMBARK ON THEIR BIGGEST EVER STADIUM TOUR TO DATE IN AN INCREDIBLE SHOW FEATURING THEIR MOST AMBITIOUS STAGE PRODUCTION SO FAR.

THE GROUP WILL RELEASE THEIR BRAND NEW SINGLE “FOLLOW ME” ON DECEMBER 10.

“The rock concert equivalent of a blockbuster movie”    The Times

“The greatest, most ridiculously enjoyable rock band in the world”   NME

“A feast for the eyes”    Daily Telegraph

MUSE will play their biggest tour so far in a series of dates in 2013 including Ricoh Arena, Coventry, Etihad Stadium, Manchester and two nights at Emirates Stadium, London.

The group, whose current album “The 2nd Law” has now topped the charts in over 20 countries, will release their new single “Follow Me” on December 10 and is accompanied by a Thin White Duke (Stuart Price) remix

Muse are currently on tour in Europe and were a recent highlight of the MTV EMA Awards, where they performed their previous single “Madness”. The group have already announced a short tour of Japan for early 2013.

Shows in Germany, Finland, Norway and Denmark will be announced very soon.