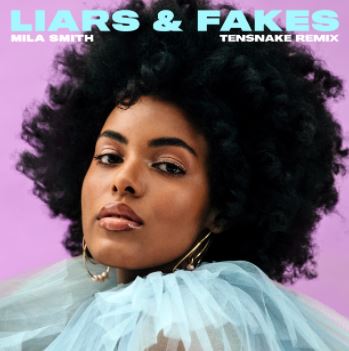 REMIX OUT NOW VIA PLATOON

Speaking about his new remix of Liars and Fakes, DJ and producer, Tensnake says:

‘It was so easy to take that job on because I love the original. It sounds so fresh and I have a soft spot for disco, it’s so catchy and the combination of the vocals and production was super fresh. The production – everything was spot on, my intention was to approach it like an edit to make it more club friendly for DJ’s. I didn’t want to botch the original or delete the soul. It was easy because everything sounded so good, so I didn’t have to tweak it a lot. It’s very energetic, positive and uplifting, I love the message of the song and the lyrics are great in times like these.’

A native of Hamburg, Germany, Tensnake’s most recent album LA, released in 2020, tells the story of his time spent living in Los Angeles, ranging from euphoric moments, to the bittersweet emotions of ending a six-year long relationship. Over the last year he has remixed tracks by the likes of Dua Lipa (Hallucinate), Duke Dumont (Nightcrawler), and Dermot Kennedy (Giants).

Growing up on a varied diet of artists including Adele, Beyoncé, Dua Lipa and The Neighbourhood, Mila has surrounded herself with music from an early age and began writing her own music at 8-years-old, playing the piano by ear and composing her own songs. By the age of 11 Mila had formed her own indie-pop band and they released their debut EP Possibility in 2016, the lead single of which Just Kids gained radio play and press coverage across South Africa. That same year the band became the face of a cable network’s TV ad campaign, giving them opportunities to perform in front of thousands of fans in their home country.

Mila signed with creative artist services company Platoon as a solo artist in 2018 and they immediately inducted her into Ko-Lab, an artist development initiative where she teamed up with seasoned writers and record producers to create her new music.