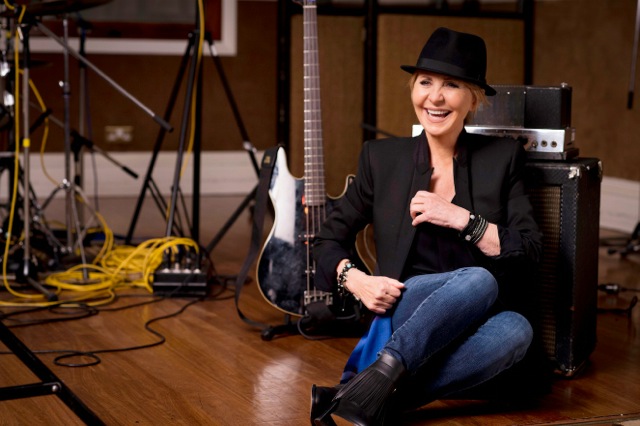 “A very fine album, perhaps the best she has ever made:  a triumphant modern soul blast full of big, heartfelt songs” – Sunday Telegraph

LULU, newly signed to Decca Records – the company to which she first signed at the age of 15 – will release her new album, “Making Life Rhyme”, on April 13.

The album sees the singer return to her roots:  a deep, rich, emotional, autobiographical medley of musical flavours, harking back to the raw groove of her pure early, soul and blues inspirations and fast forwarding to the most joyful music of today.

The album evolved after an invitation to perform a blues set at BB King’s Club in New York in February 2013. A glowing New York Times review, which hailed “the power and the passion” of her voice was a timely reminder to Lulu of what music meant to her – and so began the path to recording, ‘Making Life Rhyme’.

Initially, Lulu recorded blues covers with a small band of hand-picked musicians, overseen by her musical director and the album’s co-producer, Richard Cardwell.  However, Lulu was inspired to bring a couple of her own songs into the sessions and Decca Records liked the original tracks so much, that they encouraged her to keep writing and provide more original material.

The album was recorded in London and features lyrics which are at once highly confessional, questioning and ultimately redemptive.

“I should have done this years ago. But life is what life is, and now to write an album about how I see my life, it feels like it fits so well. I’ve dealt with demons, disappointments, I’ve dealt with anxiety, I’ve dealt with sadness. Now I like who I am, I feel good about the realisations that I’ve come to and the way I conduct myself. I feel like I’ve grown up in a way. And yet, the opposite is true. It’s like I’m just beginning.”

Nine of the eleven tracks are written by Lulu, along with her writing partner and brother – Billie Lawrie. Neither of the two cover tracks are obvious choices yet both are true classics and keep Lulu in very good company.   ‘Angel’ was originally recorded by Jimi Hendrix and has since been re-recorded by several artists including Rod Stewart, while traditional song ‘Wayfarin’ Stranger’ has also been covered by Johnny Cash, Emmylou Harris, Neil Young and, most recently, Ed Sheeran.

The deluxe edition of the album will include bonus 2015 versions of the classic tracks, ‘Relight My Fire’, ‘Shout’ and ‘I Don’t Wanna Fight’, the latter being the song Lulu wrote for Tina Turner, which would prove to be as popular worldwide as it was iconic.

The Answer Is Love

Lulu, who has worked with artists as disparate as David Bowie, The Beach Boys, Bobby Womack, Elton John, Paul McCartney, Take That, Jools Holland, Arif Mardin, Jerry Wexler, Tom Dowd and Barry Gibb will tour the UK this year.  The tour opens on May 10 and includes a major London date at London’s Theatre Royal, Drury Lane on May 17.