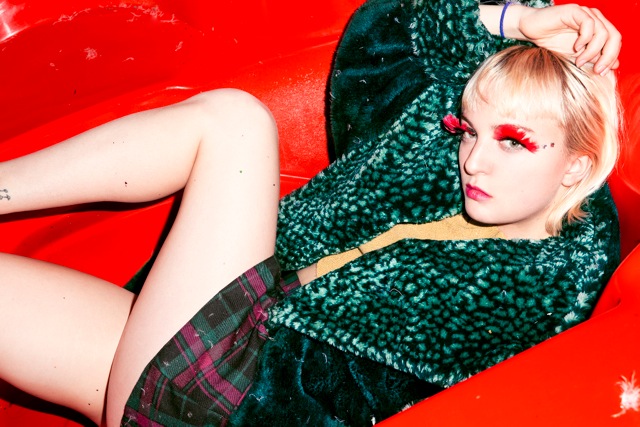 “Lowell makes user-friendly, irresistible pop music from an expressly feminist perspective, and she wields many tools to do it. If she’s rebellious, then she’s the world’s first freedom fighter to come armed with pom-poms.” – NPR Music

“If she can maintain this level of intensity, the world will be bowing at her feet.” –DIY Mag

Lowell will release her debut album ‘We Loved Her Dearly’ in the UK on March 9th through Arts & Crafts.

In 2014 Lowell released her debut EP ‘I Killed Sarah V.’, beguiling fans and critics alike. Watch video for ‘The Bells’ here. With her bold blend of pop that fearlessly broaches topics usually incongruent with popular music, Lowell writes to empower herself as much as her listeners. Lyrics openly tackle sexual abuse, rape, abortion, and women’s rights. She stridently addresses the lack of LGBT rights in our society as well the ignorance about (and simultaneous obsession with) homosexuality.  Lowell’s melodies and arrangements perfectly juxtapose the intense lyrics, as described by Rolling Stone as, “irresistible pop hooks and dreamy synth textures” .

A classically trained musician, Lowell suffers from a rare neurological condition known as synaesthesia which causes her to process sound as colours thus having a huge influence on her music and visions.

As well making several festival appearances, 2014 saw Lowell support MONEY and Generationals on their North American tours as well Swedish DJ duo Icona Pop who she has been writing with in the UK. This year she will perform at SXSW festival with plans to head to the UK later in the year for a handful of shows.