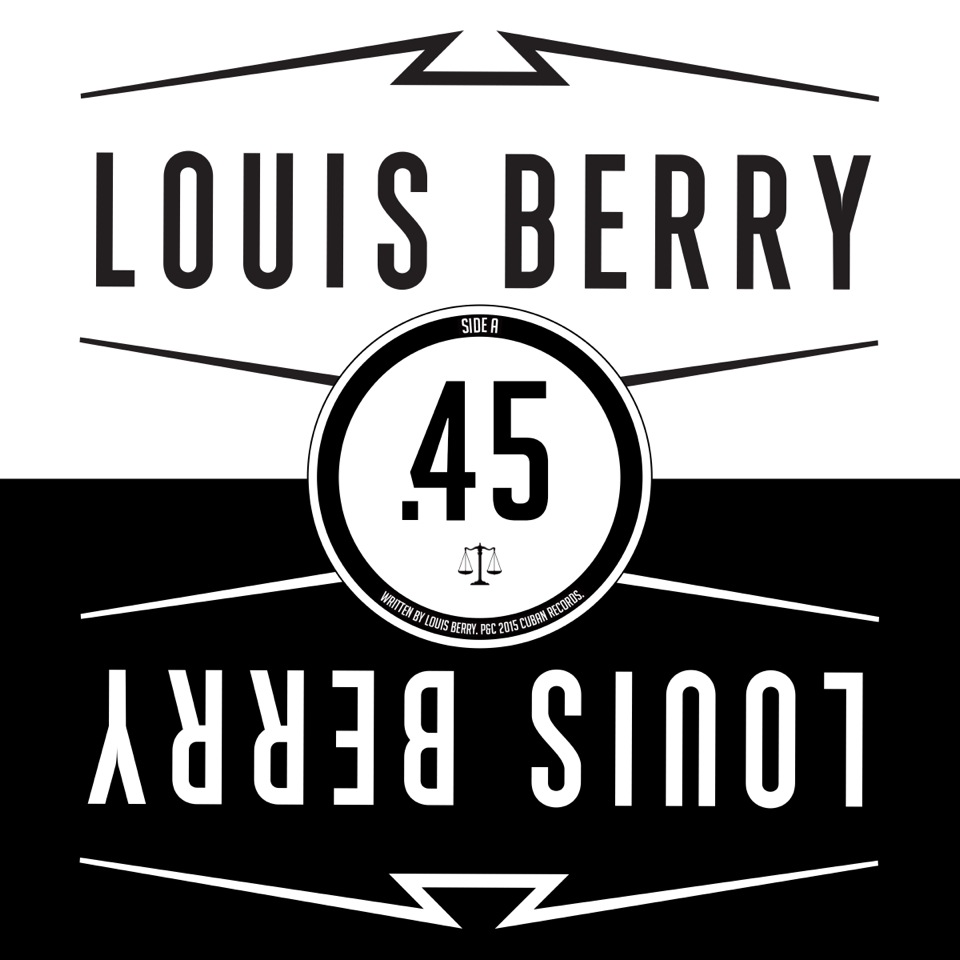 The ‘.45’ EP, out January 22nd, is written and performed by Liverpool born Louis Berry and features his distinctive, firebrand vocals and no-frills rock ‘n’ roll.

Growing up, Louis’ was a life spent living on his wits and his ability to help make ends meet through whatever means necessary, but at his heart is a conscience and a sense of morality reflected lyrically through his music.

Lead track ‘.45’ is a powerful self-proclamation where Louis Berry sets the cornerstone of his idea by lyrically provoking and vocally enticing his listeners.  Written as a message for people to open their eyes and to question, Louis asserts that “when a man recognises that true knowledge and the ability to see clearly are the most powerful god given gifts he can possess.”

The b-side track ‘Prince of Thieves’ also hits on Louis’ rock ‘n’ roll honesty.   The track was recorded live during Louis’ first ever studio demo session as one of 15 songs he put down that day – a man in a hurry with plenty to say.  ‘Prince of Thieves’ is the story of ‘the man’ on the run, avoiding the outcomes and traps yet always holding true to his beliefs – ‘you can put him in a courtyard you can put him in cage but he won’t play’.

In 2015, Louis released his debut EP ‘Rebel’, which featured the single ’25 Reasons’ and earned him critical acclaim as well as a loyal fan base both online and at his explosive live shows. He is currently supporting Saint Raymond on their 14-date UK tour, Louis will be hitting the road again for his own headline dates in January. See below for tour dates.