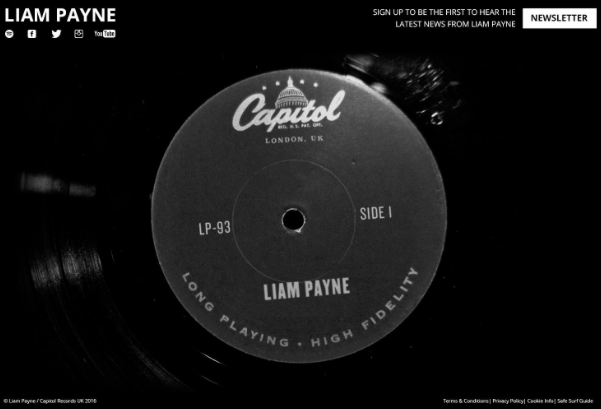 Liam Payne has signed a major record contract with Capitol Records UK and will soon be going into the studio to work on his first solo album. The star, who has sold over 20 million albums as part of One Direction, has assembled a brand new management team around him, more details of which will be announced in due course.

Nick Raphael, President, Capitol Records UK said today: “Capitol Records UK are incredibly excited to be working with Liam. It’s not often you get the chance to sign such a talented and ambitious 22 year old who has already conquered the world.”

Liam said; “I’m really happy to have signed to such a prestigious label as Capitol Records UK. Capitol Records has an amazing history stretching right back before even Frank Sinatra and I’m really looking forward to becoming part of their story. One Direction will always be my family; I’m now excited to show what I can do as a solo artist.”