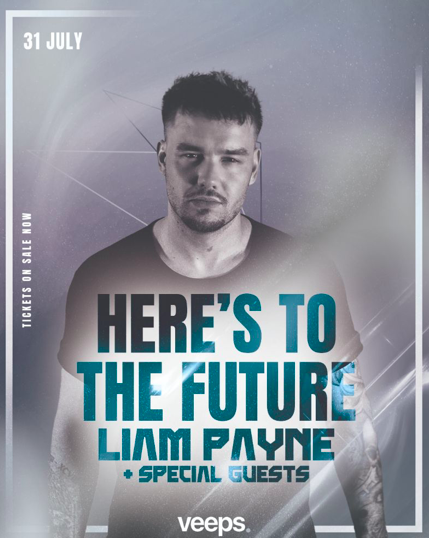 LIAM WILL BE JOINED BY OLIVIA DEAN, MARION JOLA, SAM MACPHERSON AND JESSIA

Live streamed this Saturday 31st July at 8pm BST on ticketing platform Veeps, the ‘Here’s To The Future’ show will see performances from the four new artists – from all over the world – as well as a short performance from Liam himself.

All aged between 21-23-years-old, the artists on the line-up are:

Olivia Dean, 21, from London, UK.
Olivia’s soulful pop songs explore themes of independence, self- empowerment and tackling misogyny in the music industry. As a teenager she was accepted into the prestigious BRIT school to develop her songwriting skills and began nurturing her raw, soulful sound.

Sam Macpherson, 23, from New Jersey, USA.
Singer/songwriter Sam grew up in a musical household and used his childhood as inspiration to cultivate his rustic sound. With delicate melodies and a soulful delivery, Sam writes music with attention to detail and honest lyrics.

JESSIA, 21, from Vancouver, Canada.
Canadian JESSIA writes and sings from the heart and was inspired to forge a career in music after growing up with a music teacher mother, learning to play guitar and writing songs in her childhood. She then majored in vocal performance at University before embarking on her career in music.

Liam says: “I’m so excited to curate my first ever show for Veeps and share the stage with these incredible new artists. I can’t wait for you all to hear their amazing music and see them perform live. Saturday night is going to be really special.”

‘Here’s To The Future’ is Liam’s fifth live streaming event for Veeps. The show series was started during the pandemic lockdown as a way for Liam to continue to engage with his fans all around the world – maintaining human connection while also creating a fun and intimate experience. The unique live shows have proved to be a huge hit with Liam’s fans with viewers tuning in growing from show to show, with the Veeps performances so far attracting 200,000 unique viewers across multiple markets globally.

Tickets to the show are on sale now and available via the Veeps website.