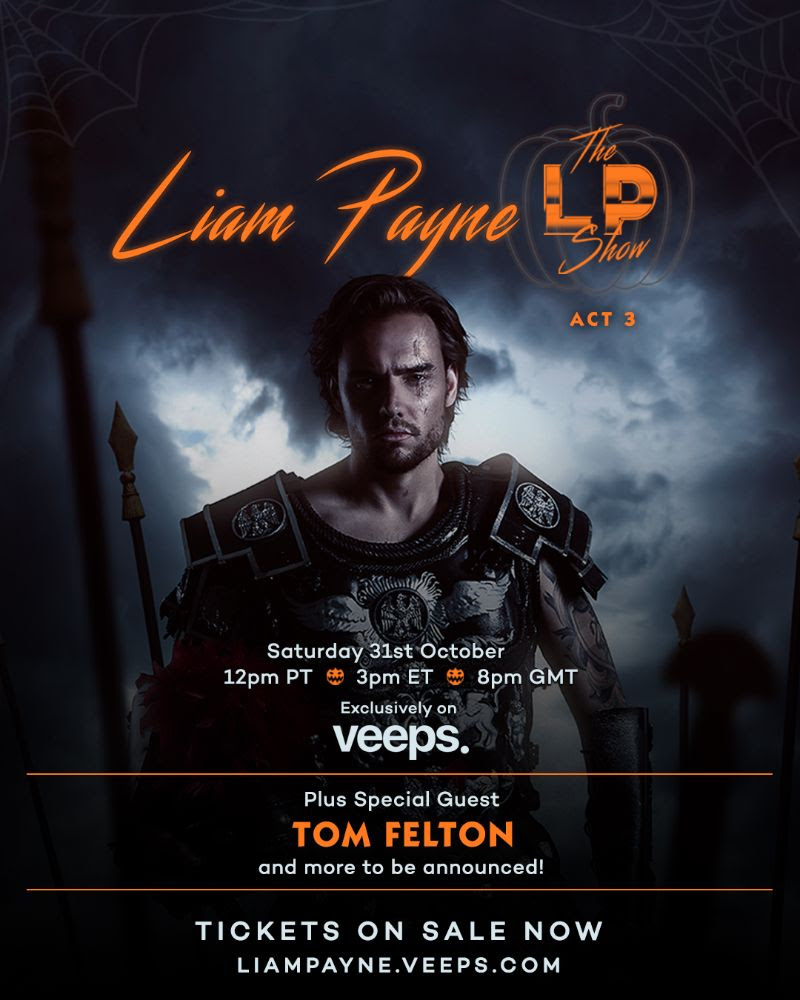 LIAM WILL BE JOINED BY SPECIAL GUEST TOM FELTON, BEST KNOWN FOR PLAYING DRACO MALFOY IN THE HARRY POTTER FILMS

Liam Payne has today revealed the full details for his upcoming online Halloween party and performance.

The special event will be live streamed on Saturday 31st October at 8pm GMT on ticketing platform Veeps. ‘The LP Show – Act 3 The Halloween Special’ is his third live streaming event for the site since the start of lockdown.

The upcoming show will feature a performance by Liam, merchandise giveaways and more. Liam will also be joined by special guest British actor Tom Felton famous for playing Draco Malfoy in the Harry Potter films who will be sure to bring some wizardry and magic to the event.

The show series was started during the pandemic lockdown as a way for Liam to continue to engage with his fans all around the world during this difficult time – maintaining human connection while also creating a fun and intimate experience. The unique live shows have proved to be a huge hit with Liam’s fans with viewers tuning in quadrupling from show #1 to show #2, with the last Veeps performance attracting more than 50,000 unique viewers across 10 markets globally.

Liam says: “I’m loving being able to continue to connect with all of my fans during this time, wherever they may be. I’m a huge fan of Halloween, so can’t wait to party with you all in a few weeks.”

Tickets to the show go on sale tonight at 8pm BST with prices starting at $10 and available via the Veeps website.

Platinum-selling Liam has sold more than 21 million singles and over three million albums in just three years as a solo artist since One Direction. He released his debut solo album, ‘LP1’, in December 2019 on Capitol Records which included the smash hit singles ‘Strip That Down’, ‘Polaroid’ and ‘Familiar’. He has been streamed a total of 4.6 billion times.