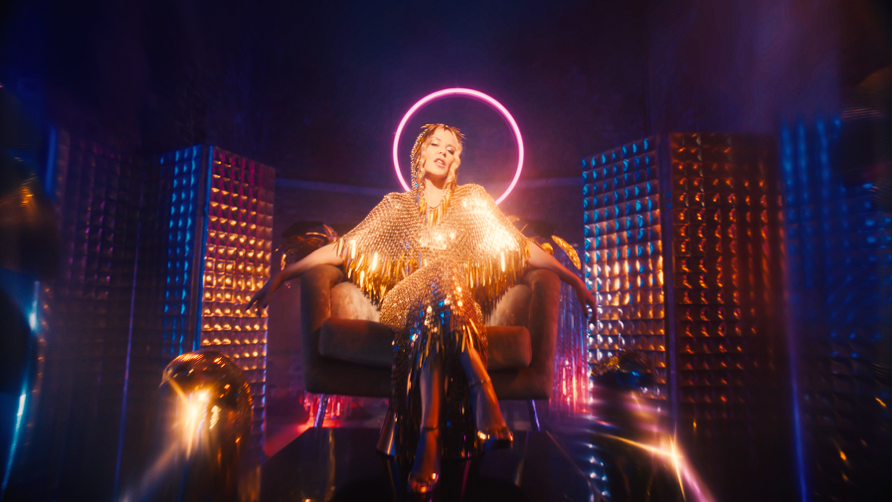 TAKEN FROM HER FORTHCOMING ALBUM ‘DISCO’ OUT NOVEMBER 6

Today Kylie releases her brand-new single and video for ‘Magic’, taken from her forthcoming album ‘DISCO’, out November 6 via BMG Recordings. ‘DISCO’ is available for pre-order HERE.

Produced and mixed by PhD (also known as Peter Wallevik & Daniel Davidsen), ‘Magic’ is an uplifting track interlaced with piano and brass, leading up to a feel-good, melodic chorus. The official video for ‘Magic’ is also released today, filmed at London’s iconic Fabric nightclub and directed by Sophie Muller. The video is an homage to British club culture, giving Kylie fans a moment of escapism to celebrate on a fantasy dancefloor.

‘Magic’ follows recent single, ‘Say Something’ which was released to widespread acclaim, deemed ‘sparkling’ by NME and ‘an introspective dance track with lyrics that feel pertinent for our quarantine days’ by Rolling Stone. Last month Kylie released the accompanying video for ‘Say Something’, also directed by Sophie Muller, watch HERE.

‘DISCO’ is the first new album from Kylie since her 2018 album ‘Golden’, which hit number 1 in both the UK and Australia. Collectively, Kylie’s singles have spent over 300 weeks in the Official UK Singles Chart Top 40 and she has sold more than 80 million albums worldwide. Kylie has multiple awards and accolades to her name, including 3 BRIT Awards, 2 MTV Music Awards and a Grammy. Her 2019 Glastonbury performance was the most-watched TV moment in the festival’s history.

The visual direction for ‘DISCO’ was created by Kylie with creative director Kate Moross. Further details regarding ‘DISCO’ to be revealed very soon.