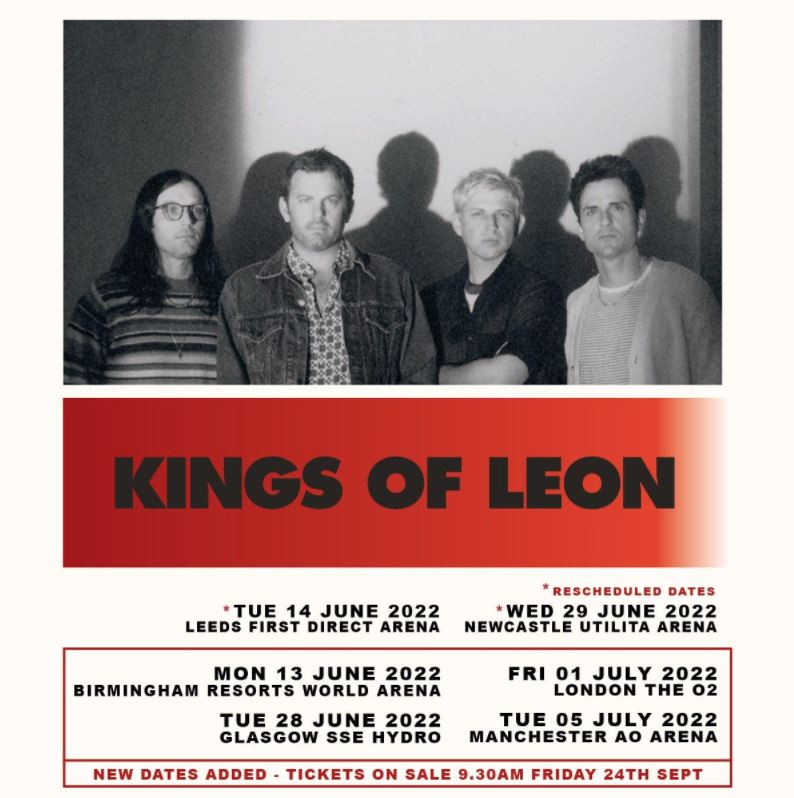 TICKETS ON SALE FRIDAY 24TH SEPTEMBER AT 9.30AM

Kings of Leon have today announced a series of new UK arena dates for June and July 2022. The tour dates are in support of the band’s eighth studio album and sixth successive UK number one album ‘When You See Yourself’, released in March 2021.

Kings Of Leon’s new UK arena dates include the band’s return to Manchester for the first time in over eight years and marks five years since their last performances in Birmingham and London. These will also be Kings of Leon’s first UK shows since headlining Reading and Leeds Festivals in 2018.

Tickets go on sale Friday 24th September at 9.30am and are available from www.gigsandtours.com / www.ticketmaster.co.uk. 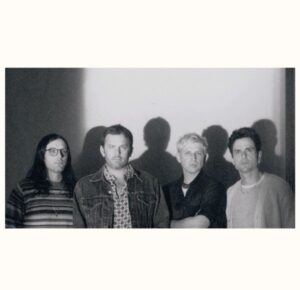