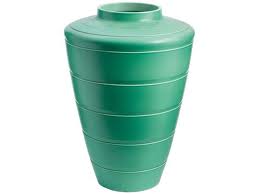 Keith Day Pearce Murray was a designer most renowned for a remarkably pure and pared down range of ceramics produced for Wedgwood between 1932 and 1945.

If you see one of his pieces today it’s both immediately recognisable and also strikingly modern – 80 years after it was produced. His work is perfectly beautiful. Although he designed for Wedgwood at a time when they commissioned many other renowned artists – including Eric Ravilious, John Skeaping and Norman Wilson – it is Murray’s work which doesn’t seem frozen in time, a mere antique.

Over the years his work has been endlessly copied but nothing comes close to the perfectly honed elegance of a Keith Murray original. He was a modernist and his work remains supremely modern; the fact that he had graduated from the Architectural Association is no surprise and a lasting memorial to him is the Wedgwood factory in Barlaston, which he designed in 1940.