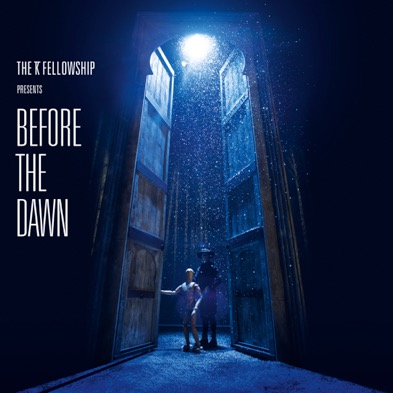 Kate Bush RELEASES LIVE ALBUM 'BEFORE THE DAWN' ON NOVEMBER 25

KATE BUSH RELEASES THE LIVE ALBUM “BEFORE THE DAWN” ON TRIPLE CD AND 4x VINYL ON NOVEMBER 25. THE ALBUM IS RELEASED ON FISH PEOPLE (DISTRIBUTED BY RHINO)

“BEFORE THE DAWN” WAS RECORDED DURING THE INCREDIBLE RUN OF 22 SOLD-OUT SHOWS PERFORMED BY KATE AT LONDON’S HAMMERSMITH APOLLO IN 2014.

In March 2014 Kate Bush announced plans to perform 15 shows in London in August and September that year, her first live shows since 1979. The shows sold out so quickly that a further 7 were immediately added, with all shows selling out in 15 minutes. Kate’s own website crashed with the demand.

The first night of the shows prompted a complete media frenzy with the Evening Standard declaring that the show was “an extraordinary mix of magical ideas, stunning visuals, attention to detail and remarkable music – she was so obviously, so unambiguously brilliant, it made last night something to tell the grandchildren about.”

Later that year the show won the special Editor’s award at the highly prestigious London Theatre Awards, the only contemporary music show to do so.

On November 25 the live album “Before The Dawn” will be released on CD and vinyl – 3 CDs and 4 vinyl. The conceptual heart of the show is reflected in the CD format, which is split over 3 discs centred around the two integral pieces – ‘The Ninth Wave’ and ‘A Sky Of Honey’.

CD1 ends with the pivotal track ‘King Of The Mountain’ which bridges into ‘The Ninth Wave’ suite of songs on CD2.

The full CD tracklisting is below.

Top of the City

Running Up That Hill

King of the Mountain

And Dream of Sheep

Watching Them Without Her ( dialogue)

Watching You Without Me

The full 4x vinyl tracklisting is below.

Top Of The City

Running Up That Hill

King Of The Mountain

And Dream Of Sheep

Watching Them Without Her

Watching You Without Me

The album was produced by Kate Bush. Nothing on the record was re-recorded or overdubbed.

Following the first week of performances eight of Kate Bush’s albums charted simultaneously within the UK Top 40, making her the only female artist in history to achieve this feat.

What the critics said about ‘Before The Dawn’:

“The most influential and respected British female artist of the last 40 years – ‘Before The Dawn’ is remarkable”.     The Guardian

“Bush’s return to the stage is a staggering triumph”    Metro

“Some powerful magic has restored Kate Bush to us.”    Observer

“A triumphant return by one of our greatest, most original and influential music stars.”    The Sun

“Stunning, undoubtedly the most ambitious and genuinely moving piece of theatrical pop ever seen on a British stage”.    The Independent

“This visionary performance is worlds apart”    The Times

For a preview of “Prologue” go to http://katebush.com/news/kate-release-live-album-dawn