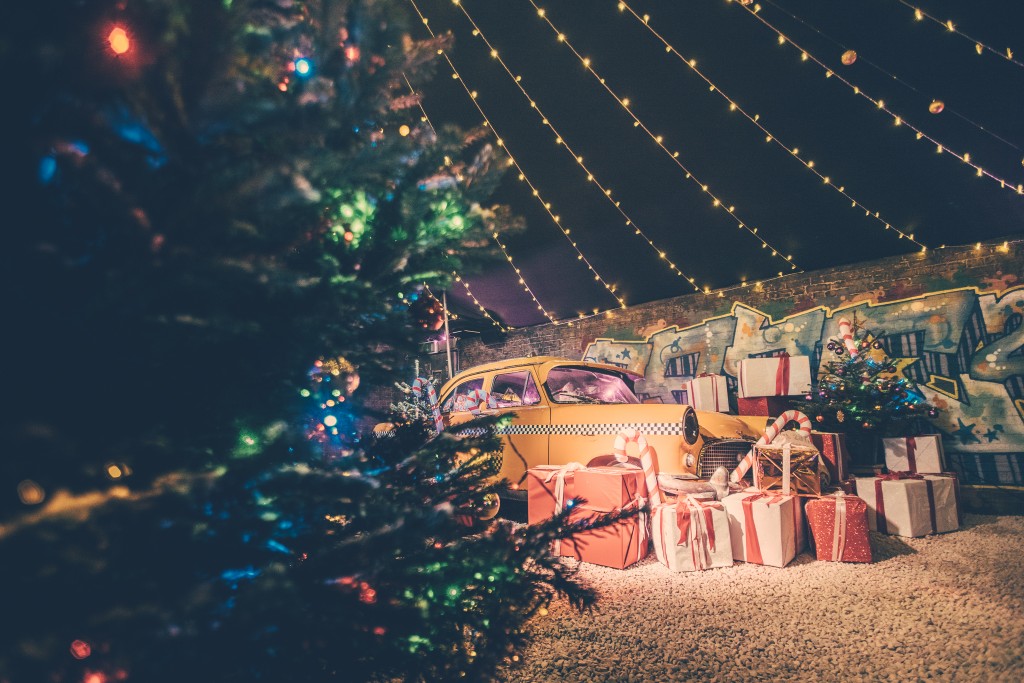 GO BACK IN TIME TO 1970’S MANHATTAN FOR THE ULTIMATE FAIRYTALE OF NEW YORK AND CELEBRATE NEW YEAR’S EVE WITH THE ORIGINAL U.S. HIP HOP HYPE MAN FATMAN SCOOP

The award-winning team behind Brixton Beach Boulevard and South Pole Saloon (Design My Night’s ‘Best Pop-Up London 2015) today announce Big Apple Brixton’s plans for December – bringing Londoners the ultimate Fairytale of New York and Times Square countdown. From today, Big Apple Brixton (BAB), is switching on the lights, dusting off the tinsel and making sure that Brixton has the best Christmas to remember.

The 1st of December marked the start of Christmas season at the South London pop up, with a programme including exclusive performances from FATMAN SCOOP, appearances from Dalston Superstores’ highly lauded London drag queen collective, LITTLE GAY BROTHER, festive food and drink menus, an exclusive line up of DJs and much much more.

As well as playing host to Christmas performances and entertainment, Big Apple Brixton also offer guests a specially-crafted seasonal menu for December including espresso martinis with a twist such as gingerbread, mint, pistachio and chocolate orange, honey tequila boozy hot chocolate and a prosecco-charged Brooklyn Berry Spritz, along with the usual seasonal favourites of mulled wine and mulled cider. A prosecco and bubbly bar will also be available courtesy of Scavi & Ray.

Big Apple Brixton also announces its New Year’s Eve party hosted by the original U.S. hip hop hype man Fatman Scoop counting down the final moments of 2016 in an exclusive London performance. Special guest DJ Woody will be supporting Fatman Scoop on the night keeping the venue open until 3am. Early bird tickets have now sold out and a limited number of £10 tickets are now available via Design My Night.

Fantastic supporters who have made all this festivity possible include Heineken, Pernod Ricard, Scavi & Ray and Cazcabel.

The Winter 2016 music lineup announced today promises guests a unique performance with DJs such as Severino, Gideon, A. Skillz, Toyboy & Robin and Mr Thing playing on a fire escape in the sky overlooking the venue. Full line up for 2016 included below.

Big Apple Brixton are offering one lucky winner a trip to New York with icelolly.com. The prize will include flights and 4 nights 4 star accommodation in NYC … to enter the competition click here: http://bit.ly/bigapplecomp

Mac to the future
Camembert and cranberry mac n cheese £6

NOTES TO EDITORS About icelolly.com

icelolly.com is one of the UK’s leading holiday price comparison sites, comparing millions of deals from numerous holiday providers to help customers discover some of the most competitive prices in the market. Their holiday search options include sun, city, ski, cruise and worldwide holidays to a wide range of destinations, making it easy for visitors to find their perfect deal.

The prize for the winner consists of the following; return economy flights from a UK airport to New York, 4 nights room only accommodation in a 4 star rating hotel and return overseas transfers for two people. Accommodation is based on two adults sharing a twin or double room. Subject to availability, the winner will be able to select their departure airport from the following; London Gatwick, London Heathrow, London City, Birmingham, Glasgow or Manchester.

Other Terms and Conditions;
From the date of being awarded the holiday giveaway, the chosen holiday must be booked within three months and travel must be within a twelve month period or the prize will be withdrawn. Icelolly.com reserves the right to specify the exact departure airport and hotel. It is the responsibility of the prize winner to ensure they have a valid passport, travel insurance and obtain any necessary vaccinations and visa for their trip.
The prize excludes departures from the 7 th April 2017 to the 28t h April 2017, 20t h May to the 28t h May 2017 and the 16t h December 2017 to the 2n d January 2018.
The prize-winner must be a UK resident, aged 18 years or over at the time of entry and is responsible for their ESTA visas which includes the cost. The legal age for drinking alcohol and gambling in the US is 21.
Once the booking has been confirmed, any alteration to the booking will incur administrative charges, payable by the holiday prize winner.
All elements of the prize are subject to availability, non-transferable and there are no cash alternatives.
The winner and their guest may be required to participate in publicity including being featured in icelolly.com social media.