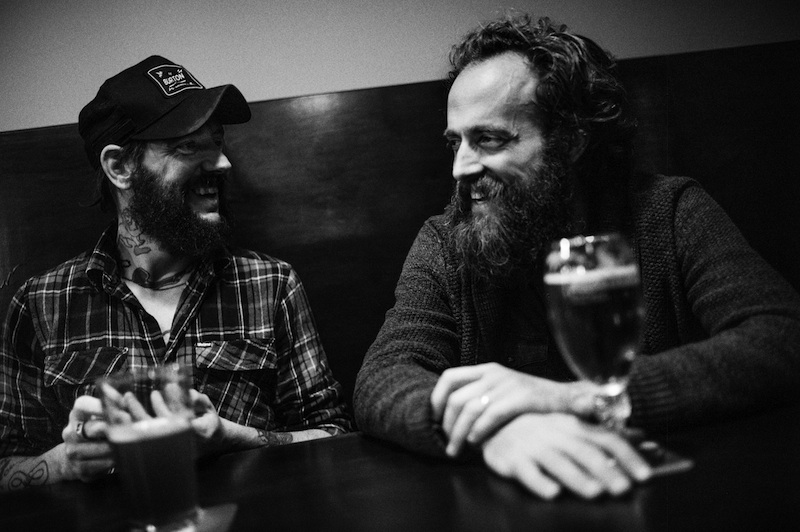 Recorded last summer at Echo Mountain Studios in Asheville, NC, Sing Into My Mouth is a loving homage to 12 songs that have had indelible influence on both of its creators, Sam Beam from Iron and Wine and Ben Bridwell from Band of Horses.

Classics interpreted on Sing Into My Mouth range from the familiar—Talking Heads’ ‘This Must Be the Place (Naive Melody),’ and El Perro del Mar’s ‘God Knows (You Gotta Give to Get)’ (the original having recently been featured on HBO’s GIRLS)—to deep cuts such as Them Two’s ‘Am I a Good Man?’ (a frequent feature of Band of Horses’ live set) and ‘No Way Out of Here’ originally recorded by ‘70s UK act Unicorn but better known as the lead single from David Gilmour of Pink Floyd’s 1978 solo debut. Sing Into My Mouth can be pre-ordered from iTunes. All pre-orders will receive free downloads of the record’s versions of Sade’s ‘Bullet Proof Soul’ (which can also be streamed HERE) and Unicorn’s ‘No Way Out of Here’ (streaming HERE).

The cover art of Sing Into My Mouth, ‘Let’s Go For A Beer,’ is by acclaimed artist Todd Bienvenu, whose work has been shown in numerous New York galleries including Life on Mars, Centotto, Valentine, Novella, Outlet, Tiger Strikes Asteroid, Sideshow and Ethan Pettit.

Sam and Ben recently made their TV debut on the Late Show With David Letterman. You can watch the performance HERE.