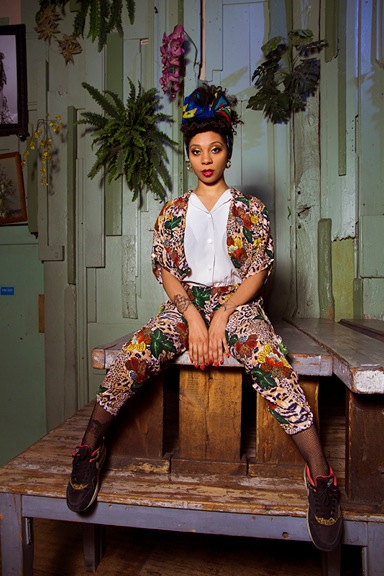 HOLLIE COOK RETURNS WITH HER SECOND STUDIO ALBUM ‘TWICE’ WHICH WILL BE RELEASED ON MAY 12 ON MR BONGO RECORDS.

‘LOOKING FOR REAL LOVE’, THE FIRST SINGLE TO BE TAKEN FROM THE NEW ALBUM, WILL BE RELEASED ON MAY 5.

HOLLIE WILL SUPPORT ZIGGY MARLEY AT THE ELECTRIC IN BRIXTON ON APRIL 23.

The amazing HOLLIE COOK will release her second studio album ‘Twice’ on May 12.

The album is the follow-up to her fantastic eponymous debut album which was released to huge acclaim in 2011, with Q calling it “gorgeous late ‘70’s style reggae pop” whilst the BBC named it as “one of the most enjoyable reggae albums of 2011”.

‘Looking For Real Love’, the first single to be taken from the new album, will be released on May 5. Listen here: https://soundcloud.com/mrbongo/hollie-cook-looking-for-real-2/s-4KzMl

In 2012 a dub version of the debut album was released – “Prince Fatty Presents Hollie Cook In Dub”. That same year Ian Brown asked Hollie to support The Stone Roses on one of their hugely anticipated reunion shows at Manchester’s Heaton Park.

The new album ‘Twice’ sees Hollie’s obvious love of reggae joined by other influences including Bond-like strings, Brazilian percussion, dark disco and shades of Giorgio Moroder. She is joined on the album by Dennis Bovell, Omar, George Dekker and Winston Francis.

The strings on the album are the Macedonian Radio Symphonic Orchestra and choir. The album was produced by Prince Fatty.

The album tracklisting is:

In addition the album will be available in various formats including vinyl, a collection of 7” singles, cassette, USB stick, plus a number of special additions, through PledgeMuisc, the world’s leading online, direct-to-fan music platform.