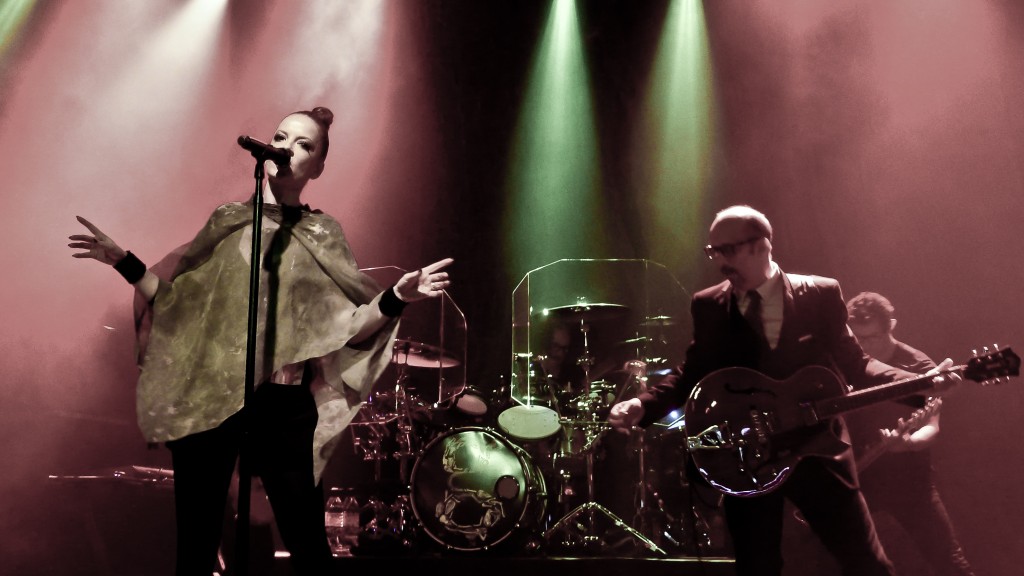 Garbage TO RELEASE THEIR FIRST NEW ALBUM IN SEVEN YEARS, “NOT YOUR KIND OF PEOPLE” ON BAND’S OWN LABEL STUNVOLUME, ON MAY 14TH

Garbage are to release their fifth studio album, “Not Your Kind Of People” in the UK on May 14th, on the band’s label STUNVOLUME. The album will be licensed by Cooperative Music. As V Magazine recently put it:  “The poster girl for ’90s alternative rock is ready to reclaim her reign – and the radio – with a new record from her iconic band, Garbage.”

“Working with Garbage again was very instinctual,” said Duke Erikson.  “Like getting on a bicycle…with three other people.”   He adds “We haven’t felt this good about a Garbage record since the last one!”

Garbage – Shirley Manson (vocals), Steve Marker (guitars, keyboards), Duke Erikson (guitars, keyboards) and Butch Vig (drums, loops) – will hit the road this spring in support of the album by playing the Troxy in London on May 9th and several other headline shows and festivals throughout Europe and the U.S. with more dates to be confirmed.

“Thinking about going back on the road is both thrilling and terrifying in equal measure,” said Shirley Manson. “…but we’ve always enjoyed a little pain mixed in with our pleasure.”

See below for full list of dates confirmed so far.

More dates to be announced

Garbage released their self-titled debut album in 1995 and rode a wave of visually arresting, female-fronted alternative rock bands.  The album spawned the hit singles “Stupid Girl” and “Only Happy When It Rains” and was certified double platinum in the United Kingdom, Australia and the United States.  The band won the Breakthrough Artist Award at the 1996 MTV Europe Music Awards, and were nominated for the Best New Artist Grammy Award.    Their second album, Version 2.0, was released in 1998 and topped the charts in the United Kingdom.  It was nominated for two Grammy Awards, Album of the Year and Best Rock Album.  2001’s Beautiful Garbage was named one of Rolling Stone Magazine’s Top 10 Albums Of The Year.  In 2005, Garbage released Bleed Like Me, earning the band their highest chart position in the US with a No. 4 on the Billboard Top 200 Album Chart.  In 2007, the band released a retrospective collection called Absolute Garbage.  Garbage have sold over 12 million albums worldwide.  They have performed in over thirty-five countries and will tour extensively worldwide in support of this new release.