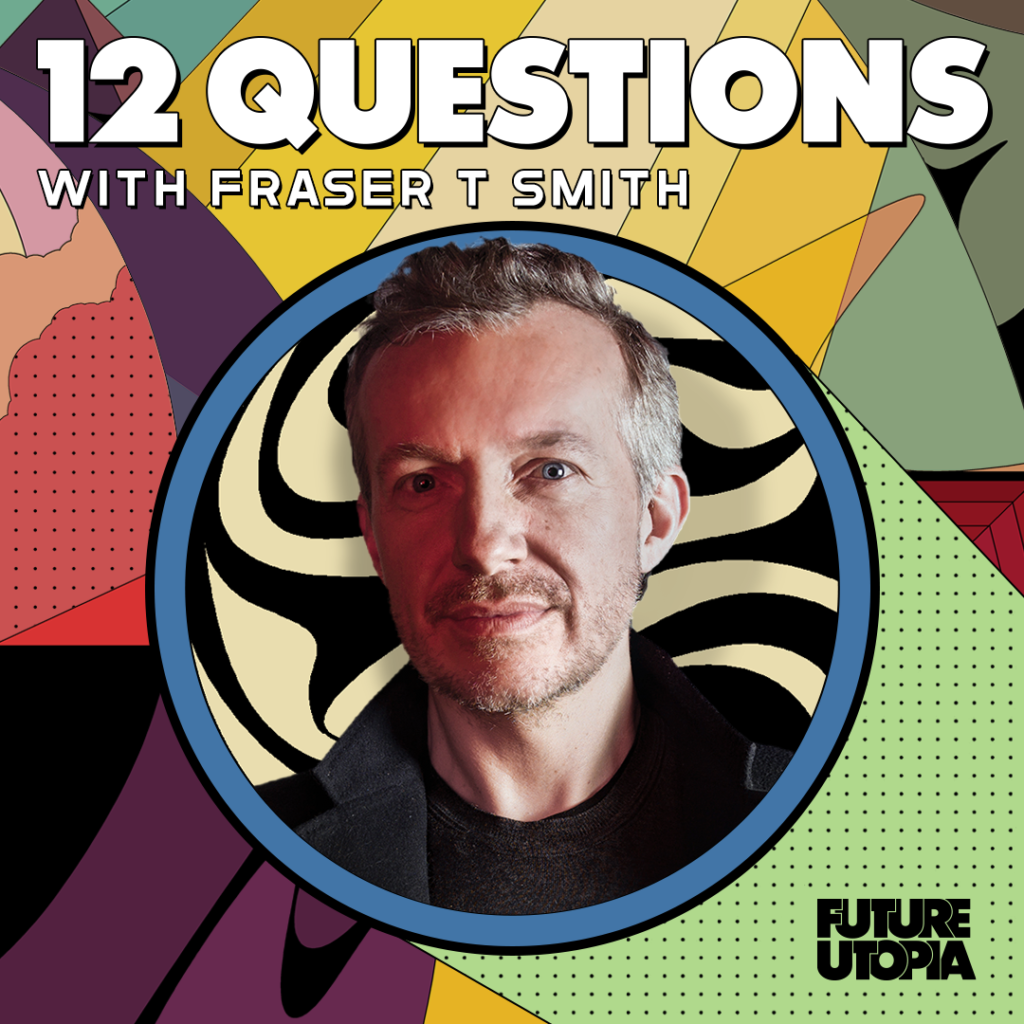 LISTEN TO A TRAILER FOR THE PODCAST HERE

‘The 21 tracks comprise songs and poems of pain and loss, hope and encouragement, spoken-word thoughtfulness and urgent raps – of big ideas and big tunes… here’s an epic, multi-level, multi- voice concept album, about the philosophical past, crushing present and metaphysical future’ – The Telegraph

‘An uplifting, rich and transporting listen…12 Questions makes you feel that, just by addressing these subjects against exciting music, the world becomes a less scary place’ – The Times

‘It comes as no surprise that an album by a producer renowned for sonic lushness, complexity and variety sounds glorious’ – Sunday Times Culture

12 Questions features discussions between Fraser and a range of incredible guests, who are invited to answer and navigate the universal, human and urgent questions addressed on his recent album of the same name, released under his Future Utopia moniker. These questions include Fear or Faith? How Much Is Enough? Do We Really Care? What’s in A Name? What’s the Cost of Freedom and What Is Love?

‘The concept behind my 12 Questions album was to bring a diverse group of luminaries together to answer life’s biggest questions. I learned so much but didn’t want to stop there, so we’ve brought together an equally inspiring new group of enlightened podcast guests to ponder life, the universe and everything in between’.

As a producer for some of music’s biggest names, Fraser T Smith has a remarkable track record. He has worked with the likes of Adele, for whom he co-wrote and produced the Grammy winning single Set Fire To The Rain (2011), as well as Stormzy, whose BRIT Award winning debut album Gang Signs & Prayer (2018) Fraser wrote on and produced. Fraser also contributed to Stormzy’s second album Heavy Is The Head (2019), reaching the number one spot on both the UK Official Singles and Albums Chart in January 2020. Fraser worked with Dave to co-produce his Mercury Prize winning debut album Psychodrama (2019) and accompanied Dave for an electrifying performance of his track Black at last year’s BRIT Awards. It is this catalogue of work that has seen Fraser become one of the most in demand creators in contemporary music today.