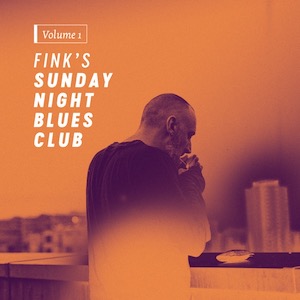 The album was recorded by Fink – real name Fin Greenall – at his studio in Berlin, and each track was recorded in one day, using one microphone, in mono. It was produced and mixed by Fink and Flood (U2, PJ Harvey, Warpaint) and mastered by John Dent at Loud Mastering.

Fin Greenall: “My love of Blues has always been there, before I even knew what it was. Records by John Lee Hooker, T-Bone Walker and Chuck Berry really spoke to me. For two months in 2015 I immersed myself in the blues, scouring record stores whilst on tour to inspire and educate myself… to do something raw, rough, and live, a record that just was, for its own sake. You’d think that writing blues was easy – but it isn’t … It’s easy to copy, sure, and to cover, definitely, but to write original blues that is more than just a photocopy of the past actually turned out to be equally challenging and natural… ”.