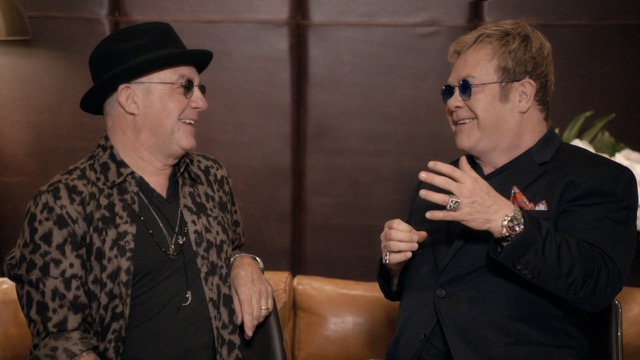 A GLOBAL COMPETITION, SUPPORTED BY YOUTUBE, TO CREATE THE OFFICIAL MUSIC VIDEOS FOR THREE OF ELTON JOHN’S MOST ICONIC SONGS: “BENNIE AND THE JETS,” “ROCKET MAN” AND “TINY DANCER”

In celebration of Elton John and Bernie Taupin’s 50th anniversary of their songwriting partnership, Elton John, supported by YouTube, is giving undiscovered creative talent from all over the world the chance to create official music videos for three iconic songs: “Rocket Man,” “Tiny Dancer,” and “Bennie and the Jets.” As these songs were released before the rise of the music video, this competition gives aspiring creators the once in a lifetime opportunity to showcase these best loved hits like never before.

“Elton John: The Cut” will launch at YouTube’s end of year show Brandcast, hosted by James Corden, today December 12, with entries officially opening to the public on January 9, 2017. Applicants can find contest details and advice on how to enter the competition at eltonjohn.com/thecut. Music video entries for each of the songs will feature different artistic elements – submissions for “Rocket Man” will feature animation, “Tiny Dancer” will be live-action, and “Bennie and the Jets” will feature choreography.

Together with a panel of YouTube creators and celebrated music and industry judges, Elton John and his writing partner Bernie Taupin will select three winners, and those winning entries will premiere on YouTube in the summer of 2017.

YouTube’s support provides the applicants of the three winning submissions with the resources necessary to realise their vision, from funding production to use of the YouTube Space facilities. The production of the final music videos will be supported by Pulse Films – a world-class production studio and the talent behind Beyonce’s Emmy nominated “Lemonade” film. YouTube will also award the prize fund of ten thousand U.S. dollars to the winning creators to support future video-based creative projects.

Elton John comments, “We’re excited to partner with YouTube to bring together generations of artists and music lovers around a shared passion for storytelling. YouTube is a rich tapestry of creativity, and I can’t wait to see how the breadth of talent from the dance, live-action and animation communities apply their vision to these cherished songs.”

Vivien Lewit, YouTube’s Global Head Artist Content & Services says: “This is a dream project that puts iconic music from a legendary artist in the hands of new creative talent, to reinvent these classic hits. We’re beyond thrilled to partner with Elton John and Universal to enable this program and bring to life a new way for the passionate fan community on YouTube to experience these songs that have inspired generations.”

Three YouTube creators, each with experience in animation, choreography, and live-action, will be responsible for shortlisting a set amount of entries and presenting their choices to a panel of final judges, who will be revealed on Jan. 9, 2017.

Kurt Hugo Schneider, a filmmaker and musician with over 7.8M subscribers, states “I’ve been sharing my interpretation of popular songs with the world for nearly a decade on YouTube. I am so humbled to be part of this initiative and I can’t wait to see how Tiny Dancer is brought to life by filmmakers and music lovers alike.”

PES, an Oscar and Emmy-nominated filmmaker whose shorts have thrilled audiences online, will be helping to select the final five entries for the animation video of “Rocket Man.” As an Elton John fan with a unique perspective on filmmaking, he is looking forward to getting started. “With such a wealth of talented young filmmakers and artists on YouTube, I can’t wait to see the ideas and help make them a reality.”

Parris Goebel, the director and choreographer behind Justin Bieber’s “Sorry (PURPOSE : The Movement)” dance video, with over 2B views on YouTube, says, “I can’t wait to see how dancers from all over – whether they are fans of hip-hop, ballet, pop, or any other genre – choose to visually express themselves in ‘Bennie and the Jets.’”

The competition closes on January 23rd and is open to anyone over 16, subject to local terms and conditions. To find out more about “Elton John: The Cut,” supported by YouTube, and how to enter, please visit www.eltonjohn.com/thecut.

Launched in May 2005, YouTube is the world’s most popular online video community allowing billions of people to discover, watch and share video,YouTube provides a forum for people to connect, inform and inspire others across the globe and acts as a distribution platform for original content creators and advertisers large and small. YouTube is a Google company.

Pulse Films is an award-winning, independent, modern-day studio encompassing the development, production, financing and distribution of cross-platform content for audiences worldwide. Pulse Films was founded by Thomas Benski and Marisa Clifford in 2005, and is headquartered in London with outposts in Los Angeles, New York, Paris and Berlin.