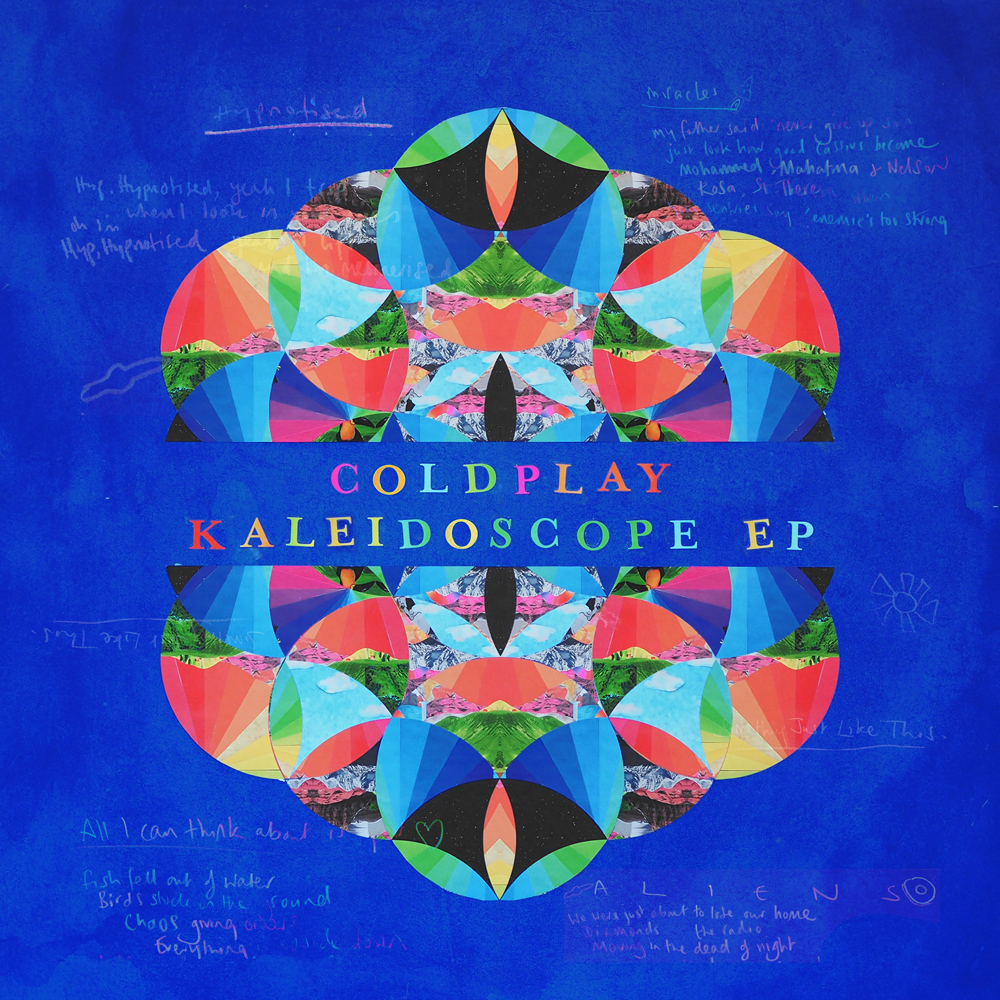 PLUS NEW LYRIC VIDEO FOR ‘MIRACLES (SOMEONE SPECIAL)’

Coldplay’s new five-track Kaleidoscope EP is out now to download and stream worldwide (the CD and vinyl versions of the EP will follow on August 4). Click to listen on Spotify or Apple Music / iTunes.

The band have also just premiered a new lyric video for Miracles (Someone Special), a collaboration with Detroit rapper Big Sean, which you can watch now at youtu.be/z9BPMjL44Aw. The video was directed by Ben Mor.

The EP was produced by the band’s long-term collaborators Rik Simpson and Daniel Green, together with Bill Rahko, and features a new live version of Coldplay’s hit single with The Chainsmokers, Something Just Like This, recorded in Tokyo in April. The full tracklisting is as follows:

The song A L I E N S was co-written by Brian Eno, and co-produced by Eno, Rik Simpson and Markus Dravs. All proceeds from A L I E N S will go to Migrant Offshore Aid Station (MOAS), an international NGO which rescues migrants and refugees in peril at sea in the Mediterranean. The band are patrons of the charity.

The A Head Full Of Dreams Tour continues to North America for dates in August, September and October, before culminating with newly-announced shows in Brazil and Argentina in November. More than 4.6 million tickets have now been sold for the tour. For the full list of upcoming concerts, go to coldplay.com/tour.