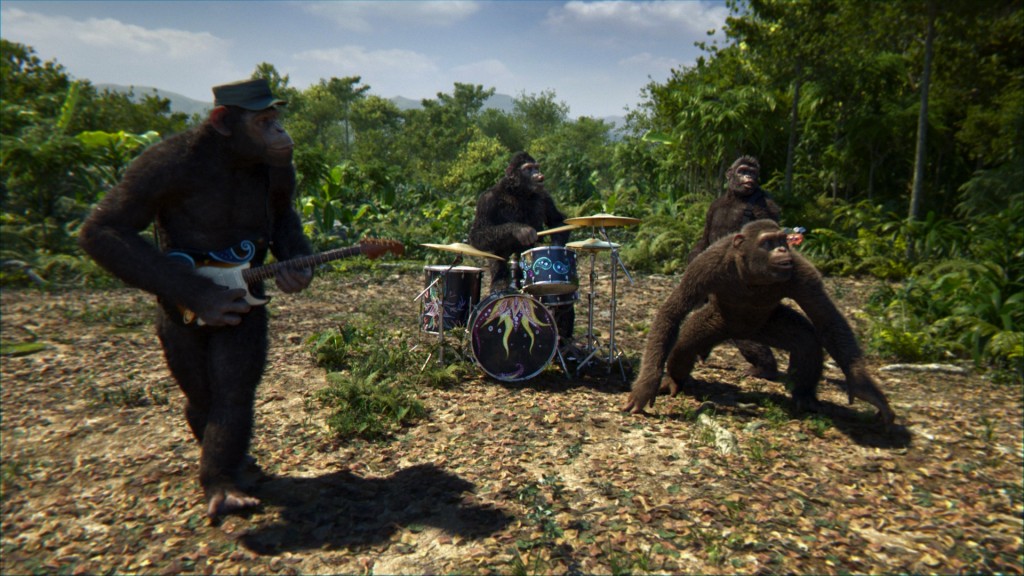 Coldplay UNVEIL ADVENTURE OF A LIFETIME VIDEO ON FACEBOOK

Coldplay have today revealed the exuberant, chimp-led music video for Adventure Of A Lifetime, the first single to be taken from their upcoming A Head Full Of Dreams album. The video is available exclusively on the band’s Facebook page at facebook.com/coldplay (the embed code is available at the foot of this press release).

Directed by Mat Whitecross, the animated video came about after Coldplay’s Chris Martin bumped into actor and motion capture expert Andy Serkis (Lord Of The Rings, King Kong) on a flight, and the two hatched a plan to collaborate. The video, which took six months to make, began with a studio shoot with the band in full motion performance capture rigs. Animators Mathematic then collaborated with motion capture experts Imaginarium to transform the four musicians into 3D chimpanzees.

A Head Full Of Dreams (out December 4) is the vibrant follow-up to 2014’s Ghost Stories, Coldplay’s sixth consecutive worldwide chart topper. Anyone pre-ordering the album from iTunes ahead of its release will receive instant downloads of both Adventure Of A Lifetime and another new song, Everglow (which was premiered by Zane Lowe on Beats One last night).

Tickets for Coldplay’s 2016 European stadium dates go on sale to the public today via Ticketmaster. The band’s Latin American shows then go on sale next week.